The Black Leadership AIDS Crisis Coalition (BLACC) powered by AIDS Healthcare Foundation, announced today the partnership with iN-Hale Entertainment and All Tea No, Shade Productions in support of the National Black HIV/AIDS Awareness Day on February 7, 2021 with the theme of “Stigma Gotta Go.” “Stigma and shame are 2 parallel social ills that continue to fester in communities of color all across this country and play a role in the increasing number of new HIV diagnosis among Black Americans” stated Imara Canady, Chair, Black Leadership AIDS Crisis Coalition (BLACC). “It is our hope that through sharing this powerful production that we continue the critical work that BLACC has been doing for close to a decade in breaking down the mis-conceptions, lack of awareness and ignorance around a myriad of issues that feed into stigma, and further divide us as a community.  We truly build community by each of us showing up fully as who we are, and each of us respecting the diversity that exists within our community.” According to the Centers for Disease Controls (CDC), African Americans make up close to 14% of the U.S. population, but close to 50% of new HIV diagnosis. 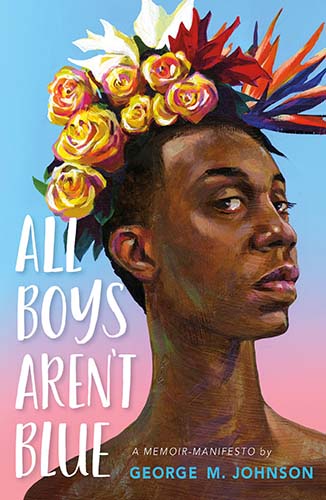 The partnership presents the filmed dramatic reading and special virtual event on Monday, February 8 AT 5:00PM PST / 8:00PM EST of George Matthew Johnson’s Amazon Best-Book of the Year 2020 and critically-acclaimed novel, All Boys Aren’t Blue: A Memoir-Manifesto, recently optioned by Gabrielle Union and Sony TV for television. The short film, which is directed, adapted and produced by Nathan Hale Williams is a filmed dramatic reading of three chapters of the book performed by Jenifer Lewis (Black-ish), Dyllón Burnside (Pose), Bernard David Jones (The Mayor) and Thomas Hobson (Sherman’s Showcase). The three-part virtual event will feature live performances, a virtual art installation curated by African American contemporary art dealer/curator, Rodney LoveJones and music featuring Black artists. The evening will conclude with a roundtable discussion moderated by Tai Beauchamp with the goal of moving out the fear that creates stigma and replace it with love through the event while also having a sobering discussion that needs to be had.