Project Tassels objective is to help 1,000 Black students reclaim their stranded credits. In many instances, students earn classroom credit but aren’t able to claim them due to an unpaid balance. Project Tassels is coming to the rescue of a plethora of students in need by enabling them to claim their credits and eventually get their degrees. Terrence J will foster relationships with HBCUs to help First Boulevard identify students in good academic standing that are unable to graduate because of their stranded credits and pay off their unpaid balances. 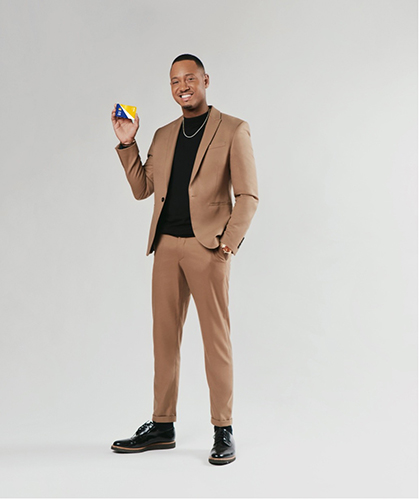 First Boulevard is on a mission to build generational wealth for Black communities— especially among HBCU students and Black America. Terrence J is known for a plethora of his accomplishments, from being the host of BET’s 106 & Park and E! News to becoming a star, acting in movies such as Think Like a Man. Now he’s taking on the imperative role of Strategic Advisor and helping 1,000 HBCU students in need. First Boulevard president and CEO, Donald Hawkins says, “Terrence J has shown a commitment to the advancement of Black America’s youth for years and we couldn’t be more excited to add him to our growing team of advisors and partners.”

All images courtesy of First Boulevard