Brave Williams Dishes on Her New Album, Acting, & Much More!

Baltimore native, Brave Williams is preparing for the release of her highly-anticipated album so naturally, we had to sit down with her to get all the details. In addition to music, Williams has expanded her talents into acting. She can be seen on BET’s The Start Up, Angrily Ever After, and VH1’s Crazy, Sexy, Cool to name a few. In this exclusive interview with Brave, she dished on her new album, dipping her toes in the acting world, and more!

Tell us about your upcoming album.

The upcoming album is set to release in late spring, early summer. Its basically a combination of hip-hop and R&B. Its a vibe! Every song is a vibe, it’s really groovy. I tried to essentially write records that would relate to everyone. Depending on what mood you’re in, if you want to go to the club, there’s something on the album for you. If you’re going through a break up, there’ something on there for that. It’s something for everyone!

Do you have a favorite song from the album you can tell us about?

One of my favorite songs would have to be one of the first releases, “Options.” I really connect with that song because for me, it’s a song of liberation. It’s like a PSA to remind the partner in the relationship. It’s a reminder that I have standard, you have to treat me a particular way, otherwise I’ll love myself first. To me, I wrote it for my ladies.

Being in the music industry for sometime, what do you believe is the greatest lesson it has taught you? 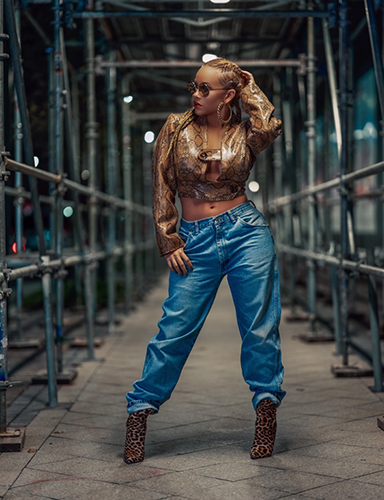 What made you want to dip your toes into acting? How has your experience been thus far as an actress?

Acting has always been apart of my journey. I did theater growing up. It’s something that I love to do. I’m in the process of writing and producing my own script and film. I’ll be looking to have it in production by the end of this year. It’s another self expression. It’s something I’ve always been interested in.

In the future, you can expect a new album, new music, more acting, my own personal movie (which I’m so excited to produce), and touring. I will be touring in different cities. Hopefully in the near future, out of the country as well. 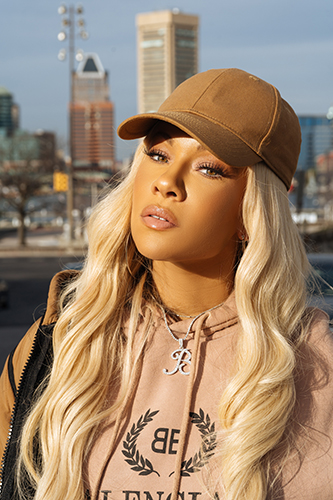