Breaking Boundaries: De’Molay Magwood, Taking his Business to The Next Level

De’Molay Magwood has made a name as a top businessman to look out for. Among his many business ventures, he has an established publication and his own podcast, “Peptalk”. The mogul is well on his way to becoming a figure known across the globe.

He has worked tirelessly to provide a platform to other rising stars and entrepreneurs in urban communities. Years of diligence have surely paid off as his reputation as a professional and reputable source precedes him.

“PepTalk” was formulated in the Spring of 2020 as a way to address the pandemic. He is now over 40 episodes in and has interviewed some of the biggest stars in entertainment. Magwood has spoken with longtime actor Robert Ri’chard, comedian Flex Alexander, soulful songstress Leela James,  Joe,  the king of Latin hip-hop International Nova, Stokley, Ralph Tresvant, and multi-talented actor/writer/producer William “Big Sleep ” Stewart. 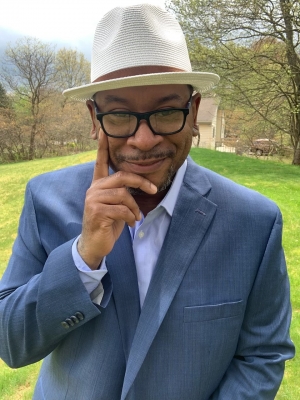 For over a decade, Magwood has been gathering the most inspirational influencers to spread their story and the message of positivity. He believes in uplifting the community, especially in the wake of events such as the tragedy in Buffalo. Magwood wants everyone to come together and his show is the perfect place to do so.

His other businesses have had the same motivations as well. No matter what he does, De’Molay has the betterment of the world around him in the center. He is arguably a fantastic inspiration himself.

Creating one thriving business, much less several, has not been easy for Magwood. Even when down, he refused to stay down and rose to the top. Becoming a success has not been easy for him, but there wasn’t a challenge Magwood could not defeat. He looks forward to the continued growth of his business as well as all of his platforms.