Carol Rodriguez, ‘The Fastest Woman in Puerto Rico’ on Overcoming Obstacles, Being in a Male-Dominated Industry, & More!

She’s known as the “Fastest Woman in Puerto Rico” but just how fast is she, you ask? Well, she currently holds the school record at USC in the 200m and 400m respectively. She’s a two-Olympic champion and a true pioneer in Puerto Rico’s track and field division. As a representative of our country, she’s proved that she will continue to carry the legacy for the “Island of Enchantment.” We sat down for an exclusive interview with the champ herself to discuss what it’s like being in a male-dominated industry, stepping into the music world, and much more!

When did you know you wanted to become a professional runner?

I knew I wanted to be a professional runner while at USC when I ran the second fastest time in the world in the 200m among professionals and I was only a collegiate runner. 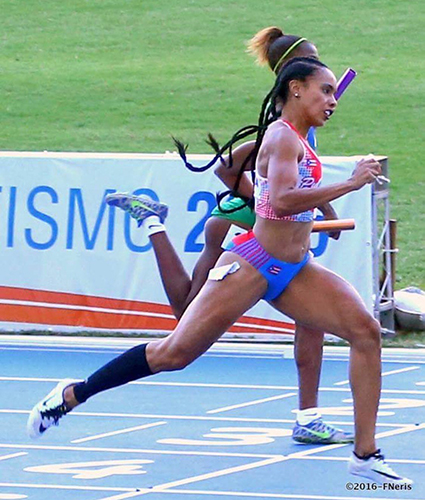 You’ve overcome so many obstacles. What do you believe your experiences have taught you?

I believe being an athlete showed me how to overcome obstacles because it showed me how to be disciplined, to have patience and to believe in myself which are all key factors that you need when over coming obstacles.

Being in a male dominated industry is difficult, however I work hard and stay dedicated and hustle just as hard or even harder then my male peers. I believe as women it is important to lead by example and to inspire other women to enter into male-dominated industries. 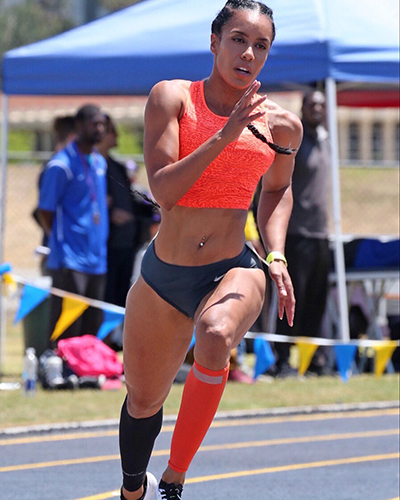 What made you want to dip your toes into the world of music?

I’ve always been a musician at heart as a kid I played clarinet and piano in marching, symphonic and jazz bands. I always wrote music and danced at home, so crossing over into the music work came very natural to me.

You can expect to see me doing something that’s never been done before. I want to be the first female Olympian and recording artist to merge the world of sports and music together.