Ceasar Christian is the definition of lit, and he’s here to bring his exuberant energy from Florida to the rest of the world. Inspired directly from the nostalgic era of Uncle Luke, who hails from Miami, the rising star knows how to party, turn up, and have a good time — which is exactly the type of music he brings into the rap game.

In describing himself, Caesar states, “I’m a hip hop artist from St. Petersburg, Florida. A real Florida boy. I’m lit, I like to have a good time. Parties, girls and shit.”

His motto? Chase cash not clout. Having previously signed to Future’s Freebanz inprint, where he really got his feet wet in Atlanta, Caesar Christian is now back independent. Most recently, he tapped the legendary Lil Mama on his “Push It” remix, creating an explosive dance video that will undoubtedly have you celebrating life all summer long. In addition, he recruited Trap Beckham for his forthcoming single titled “2Real.”

Sheen Magazine caught up with Ceasar Christian via FaceTime to discuss his roots in Florida, biggest influences, how he got his name, getting Lil Mama on “Push It,” tapping comedian Renny and rapper Trap Beckham, his mission statement, and more! 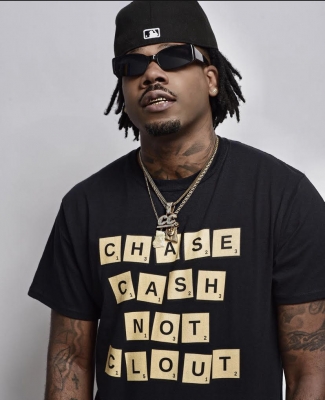 Being from Florida, what was that like growing up?

It gave me a Spring Break vibe for real. I’m always on some lit type of time, just my energy. Versus up North states is a little more grittier, West Coast is a little more gangster, but Florida is for real Spring Break forever. Parties all the time, then we always have our shirts off. It’s a lot of shirts off and lit. With other places it’s wild, but that’s normal Florida behavior.

Who are your biggest influences? Who made you want to do music?

Coming from Florida, you got the Uncle Luke era. It’s iconic. From the time we learned Happy Birthday, we learned Uncle Luke “It’s Your Birthday,” so that was always to me what I looked at it as rap. But of course growing up, you see Kanye West or J. Cole or Drake. They bring you a more modern vibe of what that same type of time is, just a little bit less partied out.

When did you realize you could do music for a living?

I actually was living in LA. When I first realized I wanted to do music, I was working as a celebrity stylist. I was working with a bunch of music artists. I was really young so I was doing that, but at the same time I was seeing other stuff I wanted to do. Trinidad James had got his deal, and that’s what really made me think “alright yo, I could really do this if I put in the work.”

What’s your relationship with Trinidad James?

I don’t know him, but his story inspired me because he was working at Pure Atlanta clothing store. He just made a record, he made “All Gold Everything.” From there, he got a deal in three months. His story’s crazy, I remember seeing it in GQ.

How did you get your name? Is that your real name?

Nah, my real name is Chris. Ceasar Christian: you know Julius Caesar was emperor of Rome. Then after him, Caesar became a title. Caesar Augustus took the Caesar name and just put it for him. So Caesar means king, then the Christian comes from the religious things. It’s big energy on earth and beyond.

You recently got Lil Mama on the “Push It” remix. How did that come about?

Lil Mama showed love. She’s been acting, so she has a relationship with my management already. She was in a couple of projects they did. They mentioned to me: “we got a relationship with Lil Mama, she’s open to doing records.” I said “I got the perfect song for her, if she’ll rock with it.” We sent her the song, her team vibed with it. When she tells the story, she’ll say “My dad and them really liked it more than I did.” Her dad didn’t really rock with it heavy, it was her management. We went to New York, met with her, had dinner with our whole team. That was a vibe. She came to the A and recorded, came back and shot the video. She showed love.

What was the best memory from that video shoot?

Man, it’s my biggest video. First when you start, you have your homie shoot the video. One camera, he’s doing the editing, everything. Versus this video, we had a DP and a first AD, a bunch of grips. Just a real big set. We shot at Mann Robinson Studios in Atlanta. For me to see all these people there to make a video to my song, was crazy. Man, there’s 100 people here all about a song I wrote. That was surreal.

Talk about doing a dance video, that’s so fun.

From the idea of the video, Lil Mama has got such a strong influence in the dance community and such a strong background in that. I said “Yo, I want to bring dancers to the video,” she said “cool.” We still didn’t have the label budget because I’m still independent, so we didn’t do a bunch of big choreography things or something crazy like that.

I said “let’s get some dope freestyle dancers, get a dope crew. Let them come and just go crazy.” My first AD knew some dancers, they came through and they went crazy. To the point that we let them do it a couple of times for the video. Afterwards, I said “we gotta take that one of the cuts of them freestyling, and make that a whole nother visual for the culture.”

Did that remix help boost your career in any way?

Oh yeah, fasho. It got a different level of press for the record, and that’s what it’s all about. You could be making masterpieces in your house all day, but the point is, you gotta get people to know about it. Getting an artist of her caliber on the record: Shade Room picked it up, REVOLT premiered it. It definitely put eyes on our work. 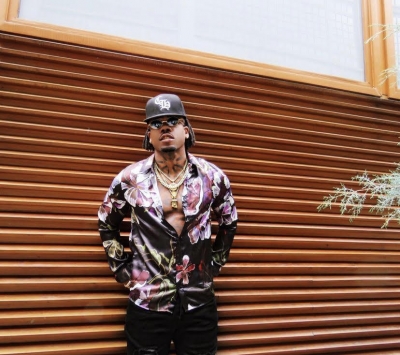 How was the video release party in Atlanta?

Yeah, video release party in the A. We had The Progress Report, which is an Atlanta-based podcast. I’ve been in the A for a little over four years, so I haven’t really been tapped in. When I first got here, I was signed to a Freebandz situation. I’d give them my whole Atlanta run forreal. I’m tapped in so when I did the video, let’s come back. We’ll get an Atlanta media outlet to host the party. Do it live at Live HipHop Daily which is a dope studio space that a bunch of podcasts use. Just invite some people out and show the video. Since we shot it here, all the dancers who were in there, the whole team, the whole crew, everybody was already here so it made sense. People came out, had a good time. Open bar, it was lit.

What happened with Freebandz? You were signed to them for a second?

Yeah. When I first got to Atlanta, I was signed to a Freebandz deal for my first two years out here. It was dope. It was something new that they were doing: a joint venture with Lady and Big Will, who is Young Scooter’s manager. The Atlanta OG, him and Future got together and did an imprint where they were taking on talents. They signed four rappers and three producers. Lil King was over there with us, Mooktoven was one of the producers. This dude named 100Mill, Nate Quest.

Man, we stayed and we worked. We stayed in the studio. It threw me right into the mix because it let me not being from Atlanta, come to Atlanta and already have an in. I’ve been to 11 Street Studios with Future, just seeing them in the studio. It was a dope experience, but it was management. For me personally, it was just a lot. It was a lot for them  at the time, then it was a lot of artists to take on without having broke one yet. It didn’t really pan all the way out, they had seven talent.

Talk about getting the comedian Renny in your video.

Renny’s a funny ass dude from Instagram. He’s doing tours now, he done branched off. He’s doing acting, movies and everything now. I remember hearing Mike Epps on certain albums, or hearing Chris Rock on that Kanye album say “who taught you how to do that? Thank you Yeezy!” Hearing the comedians coming to the hip hop was always inspirational for me. When I was doing the video for Like,” I was thinking I didn’t really want to be in the video as much. I wanted it to be a different kind of visual. I went to shoot a sitcom, a marketing type sitcom. Renny was the perfect dude to play the male for it. He came to A from New York and shot that. That was dope, debuted on WorldStar. That was a vibe.

Talk about collaborating with Trap Beckham on forthcoming single, “2Real.”

You know Florida, that’s my Florida brother. When I got to the A, Trap was really one of the dudes from Florida that was moving around out here. I met him a couple of times, a couple of showcases. Seen them around, knew a couple of the same people. With the Lil Mama record, that really showed me “okay, doing some collaborations is what’s going to level you up. So it’s time to start doing that.

I hit bro up like “I got this record.” Sent him the record, he fucked with it. We got the business done, he got the record done. He came and shot the video. We had an event too, a free event to blow up and celebrate the video.

What is it that you want fans to get from your story?

Music is art, this is all about showing your creativity. Music is one part of it, the visuals [is another]. I’m inspired by guys like Kanye and Pharrell who make their art and it’s not one-dimensional. I’ma do some music, I’ma do some fashion. At the end of the day if you’re a musician, for me that don’t mean you gotta be a gangster. To me, that means for you to be an artist. I want people to see my music and get “he’s an artist. He makes good entertainment. He’s making a vibe, he’s telling a story.”

What can we expect next? What are you most excited for?

We about to do some fire stuff for the summer. I’m definitely going to do a couple of shows, a couple of big shows this summer. But I’m working on some music for a television show. I’m doing some music supervising for a huge show that’s going to be coming out. A Power type of vibe, P-Valley type of vibe. I’ll be bringing in and working with a bunch of artists, putting them on and putting their music in the show. I’m excited about that.

Chase cash, not clout. That’s my motto, that’s my merch. That’s my logo, that’s my slogan. If you can’t find me: chase cash not clout. Anytime you look it up, that’ll bring you back to me. That’s really what I stand for. Clout chasing for me means doing things you wouldn’t normally do just for the attention. If you in your real bag, then it’s not clout chasing because you’re really doing what you do. But don’t get outside of yourself trying to get attention because that shit can get you really jammed up.