Videographer and photographer Dante Hillmedo to release his virtual website for TeamElitePhoto.com. Hillmedo has been able to raise his name in the industry as an artist and entrepreneur, creating incredible content and visuals for a range of artists, on top of his own experiences in the music industry. His style and direction in cinematography established his projects as not only marketable but also unique, vibrant, and entertaining. Some of Hillmedo ‘s notable works consist of filming an ancestry reveal for Mona Scott-Young and her family, Black Ink New York, Nick Cannon/”Wild ‘n Out” feature for Essence Magazine as well as ongoing visual works with billionaire Michael Rubin and Fanatics. With years of teaching film and music production, his vision and influence separate him from many directors. He continues to develop his company and dive deeper into the art of visual production. Hillmedo’s first virtual website launch streamed on Instagram LIVE on May 24, 2020 at 6pm EST to a large number of industry insiders. 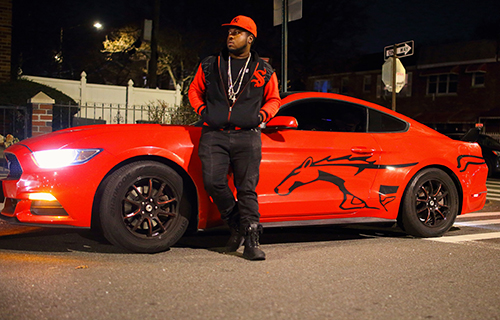 Dante Hillmedo is the owner of Team Elite Productions LLC, a film and photography service company based in New York City. Hillmedo is committed to creating visual content for brands and talents that showcases its best features and inspires emotion. He has produced content for companies such as VH1, Essence Magazine, Bad Boy Entertainment, and celebrities such as Dreamdoll, Ding Dong Ravers, and more. Hillmedo has racked up an impressive resume and has become a name that his clients continue to call on for great content. Aside from creating for these elusive brands, Hillmedo has his eyes set on the film industry, having released a crime/drama series entitled “Breakaway: The Web Series.” He is also planning on filming one of two anticipated feature films later this year. Hillmedo is a very easygoing person who will continue to find ways to make things work in situations where many people would quit. This quality is one of the main reasons that he is always called upon in the industry to produce the best content and direction.

All images courtesy of Dante Hillmedo