17-year-old entrepreneur, Tyla-Simone is someone changing how we look at food in all the right ways. After being featured on pitch competitions such as Shark Tank and Good Morning America, her brand has quickly excelled and even furthermore during the ongoing pandemic. Recently, I sat down with the younge CEO to discuss everything from the idea to create the brand, being a CEO during the pandemic, and much more.

Tell us about the inspiration behind creating Sienna Sauce.

Sienna Sauce started because my favorite wing place actually closed. I tried to recreate their sauce, but I ended up, creating my own. Fast forward, my mom and I moved to Texas and after a few years, she suggested bottling the sauce. She mentioned that we had to make it different. We decided to open up a wing place out of our home. People enjoyed our sauce. Many customers said we needed more flavors. I used the base tangy and was able to create a lemon pepper and spicy sauce. That is how the three sauces came about.

How would you describe your overall experience being on Shark Tank?

Shark Tank was an amazing opportunity. It started back in 2019. One of the casting directors actually reached out to us. We’d known about Shark Tank for years because I’ve been watching it since I was eight. They reached out and believed that we would be a good business on Shark Tank. We sent in a video submission to apply and unfortunately, they didn’t end up choosing us. We ended up not being a part of it for 2019. In 2020, due to the pandemic, we didn’t know if they were still going to have season 12. We actually reached out to them, asking if they still were. We expressed that we would love to be a part of it. Our amazing casting director said yes and asked for another video submission. We did that, got selected that time around, and we went through the stages and process of it all. There’s like seven different stages and throughout the whole time they said, ‘You may not air.’ It was crazy! My mom and I were locked in a room for ten days, while still trying to run our business remote. It was a big commitment to be there, but you could tell they really appreciated our safety by keeping us quarantined, making sure we took COVID test every three days and having us 12 feet away from the Sharks. All of that. It was definitely a different year of Shark Tank, but it was the best year, I will say. 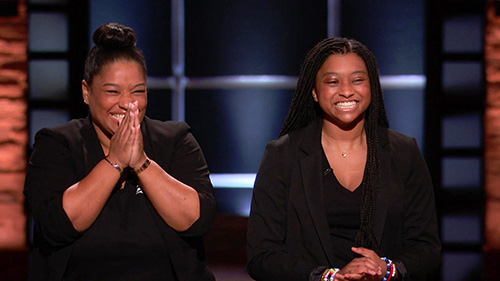 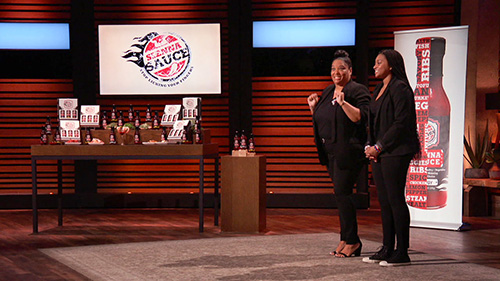 How has being a CEO been for you during our global pandemic?

Our year kind of started out, like any other year. January and February are not necessarily our best months because everyone is coming off the holidays. We were cool, we had a lot of exciting things that were starting up. In March, April, and May, a lot of events that we were excited about were getting cancelled. At first, it got us down, but we kept high spirits. My mom just said we had to find a way to pivot. She allowed us to take that time to work on our business and stop working in our business. We were just going, going, media after media, event after event. Networking has played a huge role in our business; I wouldn’t trade it for the world. But it did take us that time to look at our finances, our team, ask how we could do better, and find out ways we could do right now in this present time. It taught me that change is going to be hard, and it has been something hard for me to deal with. 2020 really taught me how to find the best in what you have and make the most of it. It has really helped me as an entrepreneur, and I’ll take it with me as I grow into this amazing CEO.

Currently, we’re working on some new flavors. Customers keep asking us when we will, so know that we’re super excited about that. We’ve gotten a lot of questions about the bacon jam, so it should be on its way soon. We’re also in the middle of potentially going out for a venture capital raise so that is something that is very exciting for us. We are also in talks about opening a Sienna Wings franchise. It all started with the wings, so we want to bring it back. Lastly, our biggest thing for this year is to continue selling the sauce and get back into the community more. We’re excited to be working on a rebrand of the sauce to bring that young, fun side to our packaging. We want to knock everyone on the shelf. At first, I wanted the sauce to blend in, but I figured it should be me, it should be youthful. It should be with the times. 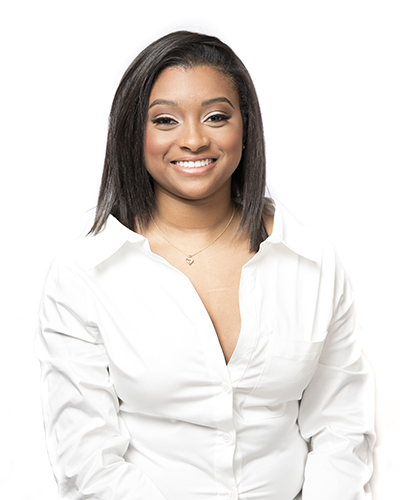