Chef, Keanu Hogan on Her Experience on ‘Hell’s Kitchen,’ Her Passion For Food, & More!

Baltimore native, Keanu Hogan is a woman of power, and when it comes to the kitchen, she knows a thing or two! After attending Monroe College in New York to pursue culinary arts, Hogan has since worked on four lines, supervised three kitchens, and starred on season 20 of Hell’s Kitchen: Young Guns Edition. We recently had the chance to sit down with her discuss her love for being in the kitchen, her entrepreneurial roles, and much more!

Tell us about your experience being on Hell’s Kitchen Season 20: Young Guns.

My experience was in one word: lifechanging. It was overwhelming, but in a very good way because number one, it was all young chefs. It felt different than any other experience. It felt unreal for a while because I hadn’t done anything like that in the past. I’d never been tested like that. It was a unique experience, but it was lifechanging because it really taught me that I work super well under pressure. It also taught me to believe in myself and to stop with the self-doubt. I learned to go with my instinct and how to be a leader as well. I had such a great time, the entire time. It was so much fun; I would do it again in a heartbeat. It was one of my best experiences I’ve had so far.

What was it like for you being so young and competing in such a competition like this?

It’s funny because I was 23 at the time. I was one of the oldest. There was like two of us that were 23. It didn’t feel too crazy because there were other young chefs. It felt super fair. I thought it would be super consistent, but we had a lot of wild cards. Being young, a lot of people think that you don’t have the same experience because you’re young. A lot of the contestants were sous-chefs. I had my own business at the time. While I wasn’t working at a restaurant, I did have restaurant experience and I had experience being an entrepreneur at the time. Even though I was young, I don’t think that it held me back in anyway. I think that it made me more hungry and more determined. Not only was I trying to prove something to the world about people of my age or background, I was also trying to show myself. At the end of the day, you can do anything. It doesn’t matter where you are in life or what you’re going through. When you’re super passionate about something or love something and give it your all, it’s always going to be good enough.

How did your chef journey first start?

Well, I’d been in the kitchen since I was very young. It was something that my family did a lot. It was a part of my family culture. I didn’t really know growing up that food would be the thing that I was super passionate about, that was like my meditative kind of practice. When I was in high school, I couldn’t find a job. It was so frustrating for me because I always wanted to help with college and high school expenses. I watched my mom and family struggle with money so the best thing that I could think of was selling food. I sold cupcakes and brownies in school. When it was time to pick a college or a major, I was so confused. I didn’t know which route I was going to go. When there was a college that came to my school, they had the culinary arts program, and someone just asked me if I thought about it. I really hadn’t. It was something that chose me. Once I got into the space, I was cooking once a week because that’s the way my college classes were set up. I didn’t think it was going to work so I found out that there was competition segment, an extracurricular so I started doing that. Honestly, once I did that it really put a focus on the art of food. That’s what competition is about when it comes to culinary arts. It’s about the intention and honoring every single ingredient and equipment. It really took something that I thought was so simple into a learning and growing experience. Through that, I’ve learned so much about food. Food has become something that has taught me so many more lessons in life than how to just put together a great meal. 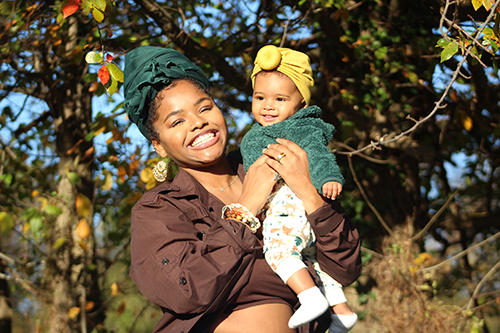 I am so focused on family. It’s important to me. That was one of the main reasons I got into food. I do have a daughter so I’m trying to secure our future and make sure we’re taken care of. She is gaining a lot of knowledge. I decided that I was going to start a dessert business. I have that business called Tastee Towers. I started that business with the intention of sharing recipes and things. The message behind the brand is nostalgic desserts and flavors that you grew up on. We make them into dessert towers like trifles. It’s layers of fun and an opportunity for me to carry on a legacy and recipes to my children. I decided why not make a business out of it and secure some wealth for my family. I also have a small bites company called Thee Perfect Bite. I don’t know why I’m obsessed with the number two, but it just happens (laughs). Those two businesses are my current focus. My family always comes first. I love to work on those businesses simultaneously. My family can be a part of it, and I can make it work with my lifestyle, versus trying to make my life according to work. 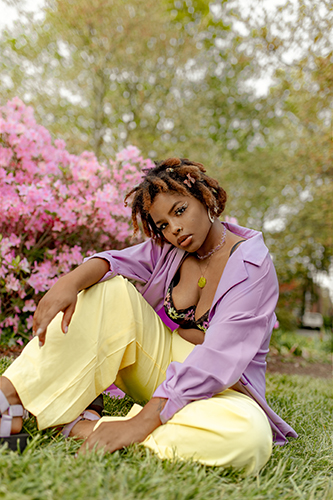