Christine Swanson: A Mother of a Storyteller

The Clark Sisters: The First Ladies of Gospel premieres on Lifetime April 11 at 8pm telling the genius of one of Detroit’s most prolific mothers, Dr. Mattie Moss Clark, the matriarch and educator of her five daughters – Dorinda, Twinkie, Karen, Denise and Jacky –  who would go on to change how the world listened to and sang modern gospel music. Starring Aunjanue Ellis as Mattie Moss, The Clark Sisters stars and ensemble of both gospel singers and first time actors. Chrisine Bell portrays Twinkie Clark, Raven Goodwin as Denise Clark, Shelea Frazier as Dorinda Clark, Kierra ‘Kiki’ Sheard portrays her real mother, Karen Clark and Angela Birchett as Jacky Clark. At the helm of this widely anticipated TV drama is Detroit native, Writer/Director Christine Swanson, a gifted storyteller who happens to be a proud wife and mother; both experiences providing the foundation needed to tell this musical yet bumby drama. 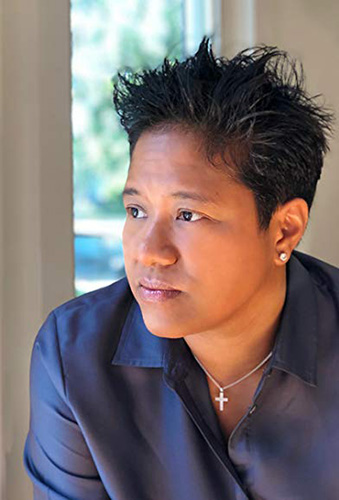 In the feature length film; the opening scene has Dr. Mattie Moss Clark awaken in the dead of night. It’s 3:13am; the time is fixated on the digital clock on her nightstand where she retrieves her memorable specs. The 313 was in honor of Detroit. She moves with haste to awaken her sleeping girls to bring them down to their house piano because she ‘had a song in her heart that just had to get out.’ When the scene ends, her daughters have learned how to sing in three part harmony; a skill that would take them to the pinnacle of Detroit royalty. “I would sit and watch videos of the Clark Sisters, studying them in order to portray them,” says Christine Bell. “I didn’t want to make any mistakes because we wanted to make sure that we honored them.”

While the Clark Sisters were forming their signature sound, Swanson’s Detroit story started a bit differently; when her African American father brought her to live on the corner of Pembroke and Wyoming on the city’s westside. Born to a Korean mother in South Korea, Christine didn’t speak a word of English and found herself absorbing the culture that would become the backbone of her world. “Here I was this korean kid whose parents separated and whose father decided to bring back to Detroit to raise around his Detroit family. No one looked like us,” says Swanson, 48. “I was raised by my dad, my grandmother and grand aunt, aunties and cousins. There was never a question or apprehension on their part. My Detroit family embraced me as their own and I grew up on God, good food and community. My dad was a 27 year military veteran that came back home to raise his kids, working 16 hour days and getting up everyday to do it all over again. Growing up in Detroit taught me how to fight…and I mean physically. I became fearless.” 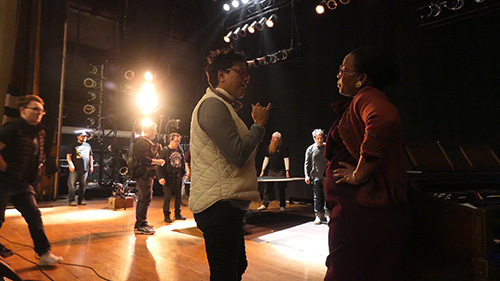 Swanson believes that being a mother has defined her existence, giving her both purpose and fueling her ambitions of storytelling. “I was attracted to Mattie Moss Clark, not just because of her musical genius but because she stood for a type of integrity that was so much greater then her and the family that she was raising,” says Swanson. “Being a mother of 4 became the greatest blessing that I never knew I wanted or needed or even asked for. Before I ever had a career as a filmmaker, I wanted to be a specific type of storyteller.”

In a journey that started back in 1999/2000, Swanson’s career has evolved to write and direct six feature films including All About Us starring Boris Kodjoe, Ryan Bathe, and Ruby Dee; and T.D. Jakes’ Woman Thou Art Loosed starring Kimberly Elise and Loretta Devine and most recently Love Under New Management, The Miki Howard Story breaking network ratings as the most watched original movie in network history. “When I was directing my first feature film, we (husband Michael) found out we were pregnant and it took me off of my path but now almost 20 years later, I believe that being a mother has made me a better storyteller.” 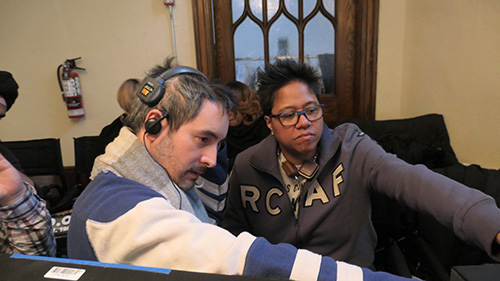 The city of Detroit is its own character in the Clark Sisters film, sharing in the rousing collective of good music while sharing in the struggle of being brown and female in a male-dominated industry. Mapping the professional and personal trials and tribulations of a group of dynamic women, all individually and as a powerhouse group, The Clark Sisters’ film is a triumphant tale of resilience; similar to the people born and bred in the streets of Detroit. “I’m not just a filmmaker who’s been blessed to also be a stay at home mother for the last 15 years; I’m someone that’s been able to give them (my children) the time and encouragement needed to grow,” believes Swanson.  “All that I am came from what I was taught growing up in Detroit. I know how to get stuff done.”

All images courtesy of Christine Swanson