As a Black mother in America, Leslie Black is using her platform to not only raise awareness on police reform but showcase the effects of police brutality on Black mothers through a new lens. As a Black woman filmmaker, Leslie is part of a new generation of artists bringing the Black Lives Matter movement to the forefront of the American consciousness.

Can you tell us, who is Leslie Black?

Leslie Black is a lover of all things beautiful. First and foremost, I love God and everything that he is. I’m a mother and a wife. I enjoy spending time with my family and love to travel. But most importantly, I’m an artist who wears her heart on her sleeve.

Were you always interested in being an actress and working in the entertainment industry?

No. I like to say that I didn’t find acting but rather it found me. I was actually working with a manager in the mall who was a theater major in college. He started selling his products through local radio show commercials. When his business began to pick up, he decided to get back into acting and developed a local television show called Metro.

He turned Metro into a soap opera and would cast a lot of local celebrities. He would develop different storylines for them, and I had just so happened to be one of the actors that he cast. From that experience, I caught my love for acting and reignited my love for writing as well. Working with that project showed me that it was possible to merge my talents of acting and storytelling.

At my core, I’m a storyteller. So, when I received an opportunity to hone in on that creativity, it moved me to seriously audition to be a part of some other
really great productions. Now I’ve gone on to create my own productions and I can honestly say I’ve found my purpose in doing so. 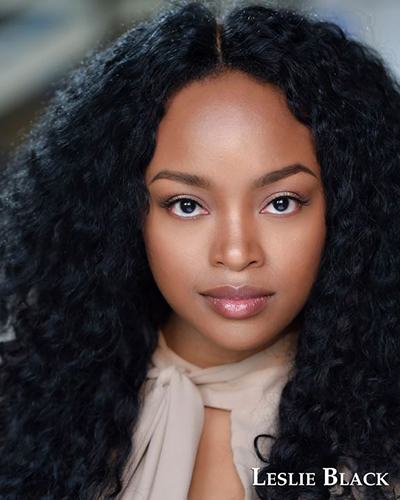 Can you tell us about your experience landing your first lead role and what were your expectations regarding that role?

My experience landing my first lead role was amazing. I auditioned for the role and immediately received an in-person callback. I remember talking on the phone with one of my girlfriends while heading to the callback and she said, “when you go in there, you just need to make sure that you own it.” When it was my turn to go into the audition room, I did just that! I looked the director straight in her face and delivered my lines with authority. I was auditioning for a pirate role, so my choice was perfect. I landed the role and went on to experience a really exciting production and press tour, as well as develop new lifelong friendships.

As of today, what would you say is your most memorable role?

I think my most memorable role to date is the first role that I booked. I booked a role as a lady pirate in the 2017 hit movie Party Boat. It premiered on Crackle. It was memorable because it was a very versatile role for me. It was really enjoyable to play a comedic role and show up in some of the marketing aspects as well.

What advice would you give someone interested or just starting the process to become an actor/actress?

The advice I would give is to load up your toolbox. There are a number of things you’re going to need to be successful in this industry field. It’s a must that you have at least the bare minimum including headshots, training, a reel, or some sort of footage, and even try getting into some local productions so you have more footage. I also feel that networking whether online or in-person is important.

When did you know you were ready to move forward to being writing and producing?

I knew I was ready when I couldn’t put the pen down. I’ve been an actress for years and throughout that time, I’ve attempted to work as a producer. But I’ve always ended up with some sort of artist or writer’s block. So, when I finally found something that compelled me to push forward, I completed my first script. After that experience, I learned that passion
pieces are what move me. If I’m passionate about a project, it shines through in my work.

Can you tell us more about your film, Mommas”?

Well, I can’t tell you too much because I want audiences to see it for themselves. I will say that Mommas is a mother’s reply to the immense amount of police brutality-related killings that are happening within the African American community. In the particular piece, we do touch on various subjects like grief, a mother’s love, mental illness, anger, forgiveness, and understanding.

What is something that you would like to have the viewers receive from watching this movie?

I truly hope that this project moves people and that it brings change. If this project affects even a small number of people to make some kind of change, that would make me very happy.

Do you have plans to write and produce more films?

Yes, I do. At this point in my career, there is absolutely no stopping me now. I’ve been blessed to witness and experience the beauty of bringing stories to life and I’ve been inspired to keep creating.

Where can people see the movie?

Mommas is set to release in the Summer of 2021. Though you can’t see it now, you can keep up with updates on Mommas via my website.

All images by Bjoern Kommerell