Meet Dorian Jihad, the Billboard King/Creative Director who has worked with everyone from Young Thug to Alexis Skyy. Dorian believes it’s a new day for new creatives to take over, and he’s making a name for himself in the world of entertainment through his serial entrepreneurship and helping others build their brands as he continues to push to the top. 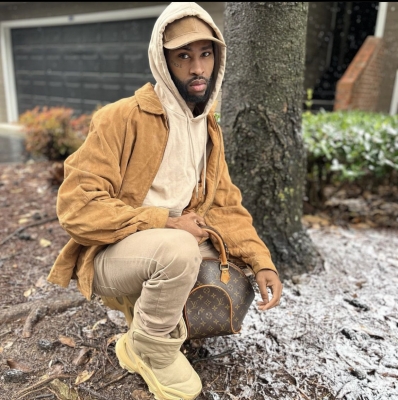 How did you turn a hustle into a full-time career of selling billboards?

Honestly, the billboards sold themselves. I did it to make a quick couple grand, but it became way bigger than I expected before I knew it. I had a-list influencers and record labels contacting me about it. I realized it was something that could take me further than styling ever did. So I took advantage of the opportunity, and it put me in the position that I’m in now.

What made you become the billboard king?

I became the billboard king the moment I realized I had to stand out from others that were selling billboards. I needed some type of branding that’ll make people be like “well, why is he the king?” So now I have access to over 300 billboards in the country, and I feel like that’s “king” status.

How does your styling & billboard tie together when it comes to your clients?

They do, and they don’t at the same time. I keep the two services separate unless I’m being booked for a campaign. I don’t want people to think them booking me to style will automatically land them on a billboard. However, I recently put myself on a billboard wearing a Brandon Blackwood bag, and now I’m about to do a campaign with the company, and they sent me some bags, so I guess that was kind of a smart idea.

What’s one thing you would tell someone that believes they can’t turn a hustle into a full-time career?

One thing I would tell them is if you know how to market yourself and make yourself stand out, then you can turn it into a full-time career. My hustle made me more money than my career as a stylist ever did. 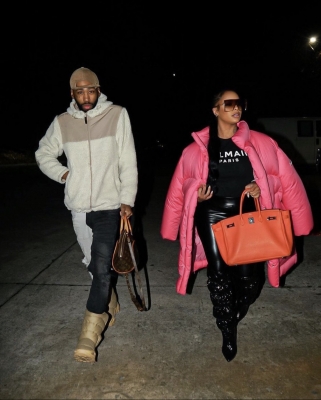 Tell us about your humble beginnings and what made you want to get into the entertainment industry?

Whew, my beginnings were very rough. I wouldn’t even use the word humble. From living in shelters, going days eating ramen noodles just to coat my stomach and even nights where I had to walk through Times Square til 8 am just because I had nowhere to go. However, I always knew I would be in this field since I was a child. I just knew this was the lifestyle for me. Most of my family members are teachers of some sort, but I was the odd one out. I didn’t care for college, so I had to figure out a way to make it in this industry if it was the last thing I did. During my homeless days, I designed jackets as a hustle and would go to different salons and make a couple of hundred dollars from selling them. Eventually, my jacket designs ended up in the hands of Young Thug and NBA player Kenneth Faried. That led me to styling Kenneth, which honestly opened the door for me and got me to my first NYFW. I was still living in a shelter during that time, but after fashion week, I was able to afford my first apartment and have never been back to a shelter since. It just shows me that being a hustler will always make sure that I can survive if things ever get bad.

If you’re looking to connect with Dorian, his Instagram: @dorianjihad