Creative Director, Mark Tutson Shares His Vision Beyond the Lens for the Mtut Group & Signs to be The Director on the Young Jeezy Show

Coining himself to be the Pastor for Creatives, Mark has merged Christianity and creativity. Mark Tutson lives by the ideology that your faith and your trust in God can take you places far beyond your vision.

Who is Mark Tutson Jr.?

Mark Tutson is a man of faith, a father, a son, and an innovator!

Has working in production always been what you desired to do?

Yes, since I was seven years old.  When it comes to a career path, I never had a plan B. When I was younger, I use to take my grandma’s boom box and pretend it was a camera and film my cousins as if we were doing a newscast. Working in production has been embedded in me.

Securing your first professional role at age 16, what was the experience like to work in the Chicago Sports Scene?

I remember it like it was yesterday. It was December 3rd, 2004, and the Chicago Bulls were playing the Miami Heat. At the time, Shaq was playing for the Miami Heat, and I was so excited I could barely focus on school that day. I was working the home show for WGN, and I swear I probably smiled the whole time during the game. The game’s highlight was when Shaq went for a loose ball and fell on top of me. I didn’t care because I was so amped. After the game, I saw him in the tunnel, and he asked, “Are you good?” I responded, ‘I’m great’: laugh: That was the beginning of working in the broadcast sports industry. I would go on to work six NBA playoffs, two Stanley cup finals, and countless college and professional sporting events for almost ten years.

When did you know it was time to launch your creative agency, the Mutt Group?

I’ve always had an entrepreneurial spirit. I was working as a freelance for agencies around the country. During the mid-2000s, most of the agencies I worked for didn’t have faces that look like mine. I decided I wanted to own an agency that employed people that looked like me and wanted to create top-quality content for our clients. Most of the people that work for me now have become extended family. After work, we still connect on a personal level, which I love.

Once you launched, you expanded from sport to television and film, that a difficult transition, and what lead you to move in that direction?

Yes, film and episodic TV are very different from running with a camera for basketball or baseball games. Those were areas of my career that were trial and era. I realized quickly that film and episodic television weren’t for me. Shout out to all my friends who have created great movies and shows, but I’ll stick to entertainment content and daytime format shows. 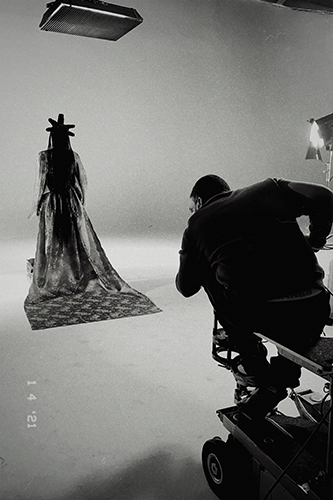 At what point did you know that it was time to transition from the camera to the control room and move toward becoming a production strategist?

The industry has become oversaturated with content creators. The benefit of technology has made being a content creator way more accessible. Not speaking negatively, but people, such as myself, have been in the industry for a while, the dynamics started to change as it pertains to pay and opportunity. At that point, I had a decision to make either go back to traditional television or figure out my next move. I was doing some consulting for a few agencies for live events, galas, and content strategy. I realized the market didn’t have many production strategists but, most importantly, one who has worked in all production parts, from arena tours to producing behind-the-scenes content for events.

My knowledge and relationships have more value without having ever to pick up a camera again. I can make a more significant impact from a laptop than I could behind the camera. As time progressed, the industry has elevated, and I returned to producing content, and I love the fact that I can live in both worlds.

What advice would you give someone, especially a teen that is interested in becoming a creative or production strategist?

The advice I would give anyone who has an interest in this field is to trust your creativity. As you enter the field, here are a few things you should do: explore every area of production from pre-production to post-production, live show, live audio, post audio, and lighting. If you have some insight into the areas you get on set, you will make your producer and director job easier.

Do you have any plan to begin a mentor program?

Yes, that’s something I’m working on rolling out later this year. I’m looking to start a program similar to the Marcus Graham project that will allow up-and-coming content creators and people looking to work in live production opportunities to get hands-on experience with some of the industry’s elite. 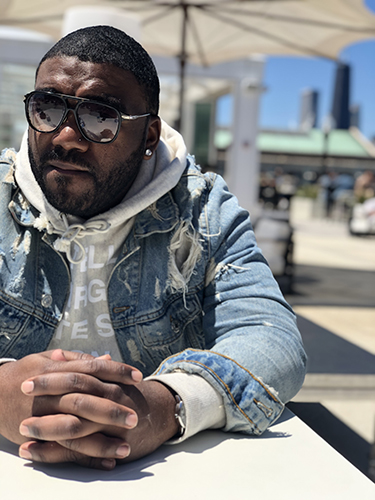 Do you have any upcoming projects that you are able to share?

Yes, I’m currently directing Young Jeezy’s ‘Worth A Conversation show for Fox Soul. I’m creating some original content that will be released this fall. I can’t share details yet, but it will be a big announcement real soon. I still manage the day-to-day of The Mtut Group, so I’m staying busy.

The best way to stay connected is Instagram, and you can check us out on our website.