Bailey revealed the cover LIVE on her Instagram where Mike also shared the real meaning of his revealing memoir cover. 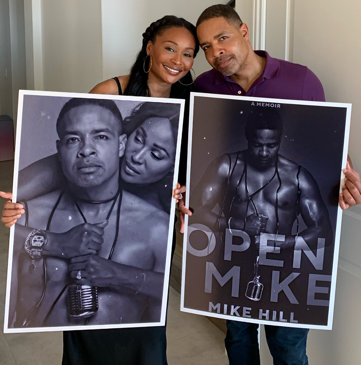 Hill shared, “I’m stripped down because I’m unveiling my truths. I want to symbolize vulnerability and express to everyone that I no longer have anything to hide, after so many years of doing just that. My head is slightly bowed because I’m not proud of many of the things I’ve done but I’m also coming out of the shadows, no longer running away from the traumas and pains that’s caused me to hurt others, including myself. The back is to show how far I’ve come and an expression of how thankful I have someone who has my back and along with God has me covered. In broadcasting one of the first rules is to be careful what you say around an “Open Mic”. I’ve decided to go against that rule in hopes of helping others, even if it’s at my detriment. I pray it does.” 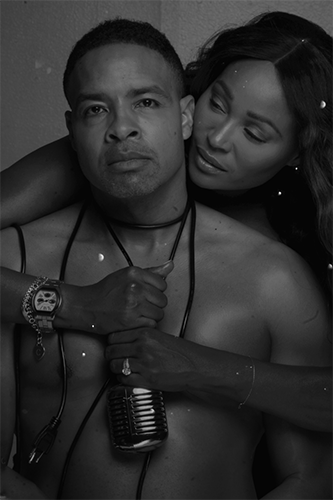 The lovely couple sipped on “Quarantine Cocktails” and answered questions about the memoir, played a relationship trivia with viewers, and chose three lucky viewers to receive an autographed copy of Open Mike.

The cover art for the memoir was shot by famed photographer Erick Robinson.

Open Mike is published by 13th and Joan and pre-sales will be available in May 2020!