Triple threat, Dana Vaughns is a young man making his name known in the world of music. The Los Angeles-based creator first got his start performing in Kidz Bop and from there, it was history! Since the release of his first solo career single, “Feelings,” Vaughns has continued to pave his own path in an ever-changing industry. We caught up with him to discuss the recent release of his single, “LSD,” quarantine life, and much more.

Tell us about your new single, “LSD.”

My new single, LSD dropped a few weeks ago and it stands for “Love So Different.” It’s the first song I released off my upcoming EP, which is also titled “Love So Different.” I had this song for about a year. All the songs that I write are very personal to me but this one was more of a play by play on where I was at with my relationship. I love the baseline and groove that it gives me. I hope everyone feels the same way.

What inspired the visuals for this project?

I think it was almost a no-brainer. I used the abbreviation LSD for “Love So Different” as the psychedelic drug named LSD. Based off that, it gives that trippy characteristic. I wanted to play on that. It’s not what the song is about (laughs) but it gives it that sense in the video. It’s the question of, “What just happened?” and “Did it just happen?” We shot it downtown and you’ll see me waking up in this alley, kind of confused and not realizing that I’m in this kind of trans. I follow this girl throughout the rest of the city. I later fall but am woken up by her in a normal sense. She is glowing, an energy that I’m following. I wanted to dress up and accessorize the song to LSD. 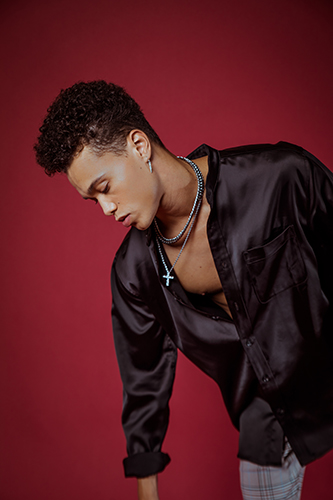 Why is self-love so important to you, especially during this time of the global pandemic?

I think it’s important and we should all be reminded that we have ourselves at all times. This year has made us all, whether we wanted to or not relay on ourselves a bit more. I think it’s hard to progress and do good work and keep pushing forward when you don’t have that self-love. You can’t be confident without loving yourself. I think it’s important and it has allowed me to write the songs that I have, especially this year. It’s helped me get this project together and put me in a better sense. I wanted to work on something special when I was in a time of bliss with myself. I believe that this is some of the best music I’ve ever made!

What have you currently been working on and what can we expect to see from you in the future?

Aside from my music, I have started filming season two of Never Have I Ever, a Netflix series that released last year. We won the People’s Choice Award for Comedy of the Year. We just got the green light for a second season, so we just began filming. I’m filming until January so you should expect to see me on the series hopefully by spring or summer. My project, “Love So Different” is coming out in the first half of next year. I’m hoping for a February release. Follow me on Instagram because I have a lot of cool acoustic videos that I’ll be dropping. There is also merch on my Instagram. I’m trying to give my fans something that will keep them entertained. I’m still alive during this holiday season! (laughs). 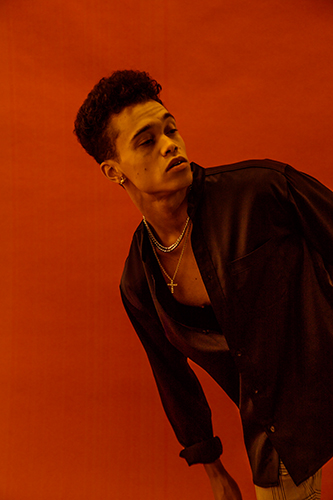 All images by Chad Brady