Dapper Dan is a true legend, in every aspect of the world. Born and raised in Harlem, New York, the fashion designer and icon is best known for introducing high fashion into the rap game, styling and dressing all the biggest celebrities from Jay Z to LL Cool J to Eric B. & Rakim. To date, Dapper Dan has a million things to celebrate, including his own fashion line with Gucci and opening his own store called Dapper Dan’s of Harlem.

A true staple in the world of fashion, Dapper Dan’s name has been referenced endless times by rappers, including in 2001 when Jay-Z name dropped him in  “U Don’t Know” from his classic album The Blueprint. Beyond that, he still somehow remains relevant even to this day.

Sheen Magazine spoke with Dapper Dan to discuss what this partnership means to him. 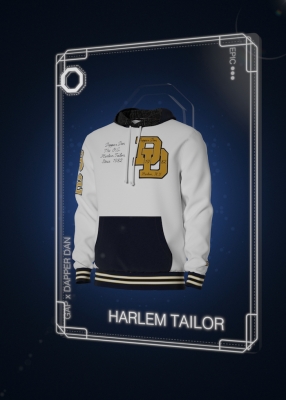 How does it feel to be collaborating with Gap & Dap on the new limited-edition NFTs?

It’s been very cool partnering with a brand as beloved as GAP. As a designer, it’s always exciting to work with a brand that shares similar values and wants to collaborate on something that people will really love. This is my first time creating an NFT experience and it’s such an exciting time in the evolving digital ecosystem. I’m very pleased we were able to bring the individuality and self-expression that GAP and myself represent people both physically and digitally.

What moved you to step into this space?

Gap is always exploring new ways to bring their brands to new and existing customers, as am I. I’m always trying to elevate my work and find ways to connect and make people feel good. As some have dubbed me ‘the godfather of hip-hop fashion,’ it was amazing when an iconic American brand like Gap and I got together to create something that would take our culture even further. NFTs are a huge part of what’s shaping culture right now.  From analog to the metaverse, I am excited for the opportunity to explore this space with Gap and bring the newly hyped DAP GAP Hoodie to a whole new audience. 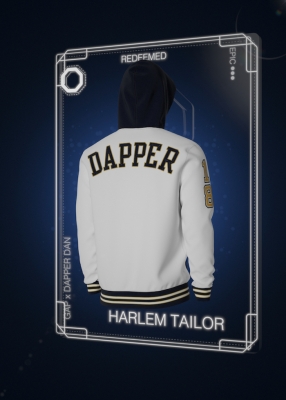 The DAP GAP collaboration symbolizes the merge of accessible fashion with a certain swagger and flair of self-expression that makes it possible to turn the style into your own. When forming this partnership, I wanted to destigmatize the hoodie and show that it can be an elevated staple that is sophisticated and familiar at the same time.

The Gap logo and hoodie is an American icon on its own. Being able to take that and put my own Dap spin on it let us create a new instant classic of modern American style. I knew we were creating something special but seeing the fans’ response was even more than I could have imagined. They’re loving it.

Talk about proceeds being donated to Fifteen Percent Pledge, why is that important for you?

The Fifteen Percent Pledge aims to support current and future Black creators and business owners by advocating for an equal opportunity for their talents to be showcased. Aurora and the Pledge shine a light on an incredibly important issue in retail and beyond and I am happy to support the Pledge as we work towards supporting economic equality and prosperity for Black creatives. As part of our NFT launch, we auctioned off a one-of-a-kind varsity jacket and matching NFT. Proceeds from the auction will support the Fifteen Percent Pledge and its mission of creating a more equitable industry.