Actor, Arlen Escarpeta is best known for his roles in the films, Friday the 13th, Final Destination 5, and many more but we’ve been loving seeing him in a different light. Today, we witness him on the hit series, David Makes Man as he portrays Adult JG. Just recently, we had the chance to sit down with the actor to discuss his experience filming the series, what it was like filming during COVID-19, and much more!

Tell us about your experience filming David Makes Man.

My experience filming David Makes Man was one that I will not be forgetting anytime soon. Working with a phenomenal cast, a great creative writing team, and show creator Tarell Alvin McCraney was a pleasure. It was a blessing. Working with Kwame Patterson, who plays Adult David – he and I have been friends for almost 12-13 years. It’s like we’re brothers. Filming during the pandemic actually made it a lot harder to connect with people, but the fact that we were able to become so close during the pandemic and film [safely], that really was a testament of how much of a bond we built filming this show. It was special, a blessing, and one that I definitely grew from. I left with a lot more than I came with.

How is this role different from anything you’ve portrayed previously?

I definitely feel that my role as Adult JG is significantly different from anything that I’ve ever done before because of the layers. He is a Black man, who is a police officer in the time that we’re living in now – where being a police officer comes with a lot of scrutiny. Being a Black man on the other side of that coin, it’s something that is needed to be seen on screen. It’s definitely something that needs to be unfolded properly and accordingly. For me, in that sense, its definitely a challenge because I know a lot of people are going to question that or want to talk about. That’s something that I’m intrigued and excited to break down as well. On the flip side, JG is such a king of his own castle. The characters that I’ve played before are usually very heavy and carry a lot of weight to them. JG has a light about him, where the glass is always half-full. He has a smile on his face, it takes a lot for him to take that mask off and allow you to see what’s going on inside. In that sense, JG is very different but at the same time, a lot of fun for me to play. 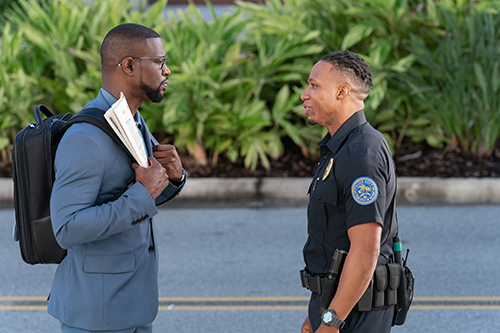 Being a creative in this day and age, with COVID-19 is a challenge. It challenges you to rise to the occasion because you can’t connect with people the way you were used to connecting with people. There is not a lot of in-person contact. You’re forced to really use the assets that are available to you, whether it be social media, Zoom calls, or the pen and pad to write and create with. Now we’re watching things that people are shooting at home on their phones. Being a creative in respects of COVID-19 definitely challenges you to tap into something a lot deeper than what I think we were able to tap into before. I think it’s also a plus. It has forced us creatives to go to a place where we didn’t think we could go. I didn’t know that I could shoot a show like David Makes Man during a global pandemic and still be filled with so much creativity, strength, and growth at the same time. From the outside looking in, you would say that there would be hindrance, but truth be told, it’s been a catalyst for all of us creatives, especially myself to be able to tap in and go a lot deeper than we have before.

Oh boy! A lot more David Makes Man, hopefully. We’ve had a few episodes air so far, it’s going to be phenomenal season. There are a lot of great things to come. I think it’s going to be something special for people to see. You can catch me relaxing, enjoying the new home my girlfriend and I just moved into, and getting ready for what’s coming up on the plate next. Hopefully you’ll see me on the big screen sooner than soon, that is my angle of attack. 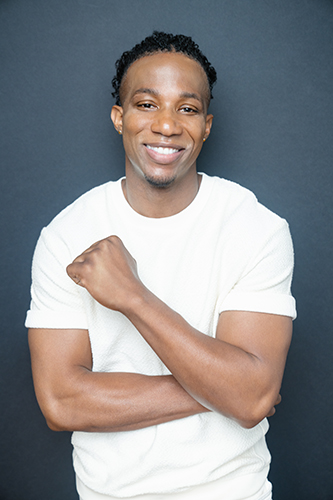