Lend me the ear for where you can hear the words that are being carried. Her voice has grown with its purpose. Granted with a message, Gospel singer, 3x Grammy nominee born in Yakima, Washington, DOE Jones is filled with gratitude. Using her melody as key for finding yourself, Jones’s light sparked during her earlier years when undergoing her family group “Forever Jones.” Motivated to still find herself while pursuing something she loved, Jones rewrites her time given by unleashing her bliss with her latest album named Clarity, working with other talents, and documenting defining clarity.

What began as a family soon led to a solo career. Jones’s persona and beliefs created her love for singing as a message filled lyrically. Growing up, her family knew the intentions of their daughter one day reaching high expectations. By giving her the well-needed push to venture and explore the love that started from home proceeded to live inside of Joe as well. “I just honestly grew up around musical people, both sides of my family at one time or another, sang together, like my mom and her siblings, and then my dad and his siblings sang together. And they were honestly the first like Jones Family Band. And so just like growing up in that, and I think I also had this natural passion to sing and write. And so, I was just kind of wired for this role, I guess you could say, or this career path.” 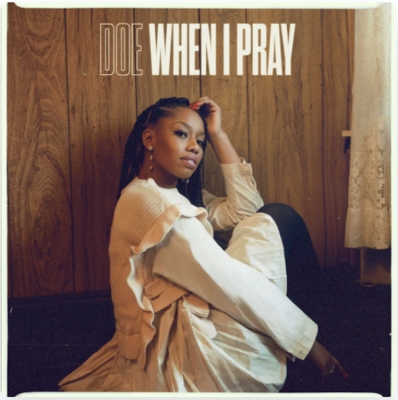 Continuing to follow her talent while still content with her beliefs, Jones was able to align her purpose while still doing what she loves. Bringing her own beliefs and persona to the music industry was at times especially when nominated for three Grammy awards, and with working with other talents overall living her dream. “So, when you get these Grammy nominations, one of the things you learned is that they do carry like weight in conversation, they carry weight, in rooms. But it has definitely felt like such a great honor. And anytime I’m too serious or not really wanting to smell the flowers and celebrate, you know, I have people around me that are like, ‘No, you and a lot of people don’t get to say that they’re nominated. You know, they have three Grammy nominations, and you need to celebrate that.’ And you need to realize what an honor that is. And so, I’m thankful for those people. But it’s definitely like this balance in this dance.”

Defining the significance through clarity within a year and a half, Jones felt the need to share more than lyrical charisma, but the word to uplift those in every way. Her debut album Clarity gives its meaning purposefully starting with herself.

“I think it’s significant because it’s a year and a half’s worth of life experiences. I didn’t realize, you know, you share your songs, you send as many songs you can into your label, then you guys pick them apart and decide what’s going to live on an album. We weren’t trying to put a storyline together. But somehow, the songs that we came up with, all have this underlying theme. And it was so cool because it was like exactly what I was walking through and learning in my life. And I named it clarity, off the song. Because I felt like that one word embodies the entire message of the album, which is, as I allow God to pull these layers back, and I accept who he’s called me to be and who he’s made me to be, I can then, in turn, surrender more of myself, because I’ve accepted this who I am. This is how God made me. And this is how he wants me to use my life. And I’m going to surrender that instead of trying to surrender a fake version of myself, or a version that maybe I saw someone else walking in or living that looked more attractive to me.”

So, it’s been a really cool season. And so that’s the significance of it is that clarity is like where I’m at. I’m in this moment of clarity in my life, and it’s been really great.” Surrounding her light with others also gave Jones the courage to document her album on YouTube called “Defining clarity,” as she embodies specific moments of the project while still sharing her story from this entire experience. “I feel very, very grateful. I’m sure you saw the first episode. I got emotional. And I was like ready for that… But it just kind of hit me like a wave man, like, Yo, this is not a normal situation. Everybody’s pastor doesn’t send them out and say, okay, leave, I’m so happy for you and we’ve all been waiting on you. That shows me that people can not only hear the honesty, in my songs, but they can also hear that support. But this is the whole wrestling that happens in my heart. And I choose to just be grateful and to capitalize on it. As I allow the enemy to come in and make me feel any kind of way that’s less than that. I won’t capitalize on it. I won’t do with it, what God intended for me to do. So yeah.” Leaving with nothing but the feeling of encouragement for what is already in the works, Jones continues to perfect her art by living and believing in all things possible.