It is through these women that DeVon Franklin tells us about his childhood, a “village of love” that helped shape him into the man he is today after his father’s tragic death. Franklin encourages readers to celebrate the universal power of women and to embrace his village as their own through this moving memoir. 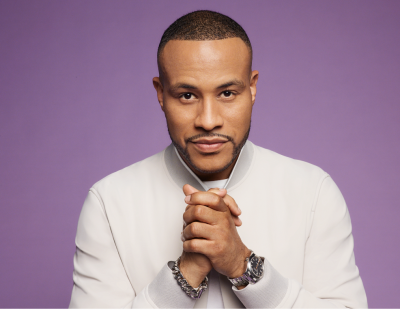 For the first time publicly, Franklin and his family openly discuss his father’s untimely death and the grief that could have ruined their future. In It Takes a Woman, Franklin, his mother, and five of his great-aunts who are still alive share their memories of the women who helped raise Franklin and his two brothers. There are old wounds and piercing pain to be unearthed as well as an unbreakable family bond in the open discussion about everything from marriage, death, divorce, and regret to honest advice about dating and sex and money.

The memoir is currently available exclusively on Audible,