If you have yet to hear the name DJ Chose, you’ve definitely heard his music. His tagline alone — “Ain’t that DJ Chose over there? Look like DJ Chose!” — speaks volumes to records he’s attached to, responsible for some of your favorite artists’ biggest hits. From Fredo Bang’s Gold-certified “Top” to Megan Thee Stallions “THICK (REMIX),” the Houston, Texas native knows a thing or two about hit records.

But Chose is here to remind you he’s far more than just a producer and DJ, he’s a recording artist in his own right. While he’s not working on records for other people, he’s focused on perfecting his own craft and reminding folks he can rap just as well as his peers. When it comes to the South, Chose has been grinding for years… and now it’s time he gets his flowers.

Most recently, he unveiled his newest single titled “Too Late,” inspired by real-life experiences about a certain female who played with his emotions. The new release follows his previous single “Droppin D,” both of which hold fans over until the release of his forthcoming album titled MULTI, on March 11th.

Sheen Magazine caught up with DJ Chose virtually, who revealed he had just lost over $30K in jewelry. Read below as we discuss why he wants to stop wearing jewelry, his fashion, why he named his album MULTI, his relationship with Megan Thee Stallion, what inspired “Too Late,” legendary session with Uncle Luke, and more!

How have you been? It’s been a minute, man.

I’ve been working, just making the right moves. I’m running this shit up man. Yesterday was a bad day. I lost $30K in jewelry in the airport.

What about clothing? Do you wear designer and all that?

Yeah, I got a lot of designers. I don’t know if I’ma stop in that realm, I’ma keep that up.

What are your favorite brands? 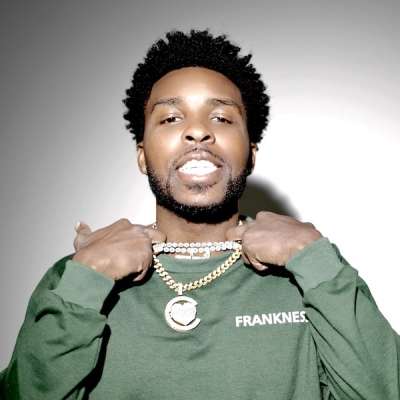 You have been dropping music, how are you feeling?

I’m feeling good! My album is about to drop, it’s called MULTI. In my mind, the reason why I named it that is because I multitask a lot. People expect me to be a rapper, I’ma go make a beat. I’ma rap, shit I’ma market it. I’ma go be a DJ when I want to be a DJ. I multitask, I’m multi-talented, and now I’m multi-Platinum. Of course, I’m a multimillionaire.

Obviously your name is DJ Chose. Do people tend to box you in as a DJ sometimes?

Oh yeah, all the time. I drop music as another entity. I made the song “THICK” look real SoundCloud-ish to see what would happen, and it took off the first week. I made a separate Instagram. My Instagram got massive followers in two days. I knew I was working it on all platforms, but man I had to bamboozle the world and make them think I’m not me. When I did it, that shit went crazy. Then I switched it back to DJ Chose. I be playing mind games when I want to.

Did Megan know that you were doing this other name?

No, but Megan and her mama used to always tell me to take DJ Chose off my name and just make it Chose. Megan mama said “you like Kanye West, I hate that DJ is in front of your name because you really can do music.” I believed her. Right before her mom passed, she was about to manage me, so I was about to drop it. When she passed, I said “fuck it,  let me just keep that shit.” I’m glad I kept it. Either way it go, I’ma be successful no matter what my name is.

And you got that hard ass tagline: Ain’t that DJ Chose over there?

That’s really why I had to stay, that got too big. It’s my thing now. People see me in the airport and say that shit, just to see if it’s me when I got a mask on. “Oh yeah it’s me, how you doing?

What were you going through recording “Too Late”?

I was listening to that song today, bro this the most toxic stuff I’ve ever wrote. I said “I return your calls like 3 years later. No you’re chasing me but I was chasing paper. You got my heart but the street safer.” That’s crazy! I said the street’s safer than her. I was going through some shit, like I just moved into this new crib. This bitch huge, it’s beautiful.

I hear your echo!

What happened was when I was writing that shit, it was the last song on my album. I was thinking about how all these bitches been trying to spin back. All these big head DMs and texts, nah. I ain’t really spinning back, it’s too fucking late. I did that song like “oh this shit crazy.” I put it back on my album. I love that toxic shit though.

I love it when I can talk it, I hate when girls toxic. When the tables turn, oh it’s beautiful. I remember being on the other end of that. [laughs]

Talk about the features on MULTI, you got some big names!

I got Megan on it, Yung Bleu, Fredo Bang, Gucci Mane, all of that.

Talk about the Gucci record.

Gucci cool as fuck. Gucci text sometimes. We did the record and after that — one day he hit me randomly like “ay send me some beats.” I’m like oh shit, Gucci just texted me. [laughs] We shot a video together. Of course, me and Fredo we like this. [twists fingers]

What about Yung Bleu?

Me and Bleu cool, Bleu solid too. Me and Bleu been doing this for a long time. Bleu always been somebody who’s always been having their way in the South, I knew Bleu before now.

It was the lead single coming into this album. That was hard. It be dope, I’m from the South and I make different music. So all the way into 3 years ago, people would always act as if they didn’t want to do records with me or BeatKing. All these people that people love right now, we were getting overlooked just because we didn’t sound like them. We had progressive music.

Keke was one of the few people who always would hit me. I’ve been on every album of his, probably in the last 6 years. He gave me a verse when I was nobody. So now to be on his albums: it ain’t like he’s one of the people who just bandwagoned, he’s been down. It always feels good when the OG really sees you as one of the best people. Forget what the streets say, he’s always calling me “you the best young n*gga! I promise, you the hardest!”

What about the song you got with Megan? I know you’ve been rocking since she was recording in your living room.

I interviewed Pardison Fontaine, he was saying she’s competitive.

Bring us back to 2013 when you paid Uncle Luke to come to your session.

I was broke man. I remember I saved up 5 racks, and Luke was here for All-Star in 2013. It was me and my bros, we had a song where we had sampled Luke. I said “fuck it, we gotta put this money up. We gotta get him to redo this sample.” So we got him to redo the sample, he came in like “fuck it, let’s just do a whole bunch of chants!” So I got a crazy Uncle Luke session full of nothing but crazy: “get on down on that floor!” Just wild Southern shit. People always sample him, but they don’t ever pay him. I think somebody else owns his shit, but I know he was really excited. He said “you’re the first young man to really pay some homage to me.” That shit’s dope.

How important is it to invest in your career? because that’s all you had!

It’s very important, and a lot of people don’t do much of that. We’re in a world where everybody thinks rap is going old chains, shooting a good music video with foreign cars and bad women. That is a thing, but I almost feel like the quality of your music, the beats… to me, music is real estate. If you go buy a run down house, you ain’t gon’ ever make no money off it. If you go by a nice spot in the hood, one day that bitch gon’ gentrify.

As an artist, if you go buy the hardest beats and you spend your time making the best music, one day somebody’s going to discover you and you’re going to make a lot of bread off that shit. That’s how I see it and I’m not scared to invest in myself because music is digital real estate.

You produced a song for Don Toliver on Fast & Furious 9 soundtrack. How’d that happen?

With this particular record, I don’t know who was supposed to do it but Don [Toliver] ended up doing it. No one ever talks about this, I don’t get no credit but I kind of helped with getting Don some deal at APG. I’m signed to them with publishing. I haven’t heard from him since so when that happened, oh shit! Don got on one of my beats? [laughs] ‘Cause now he’s not Don Toliver who used to be in the club…

Right, he’s out of here.

Right, we used to be at Diablo Loco. I used to take Don around to get his music played by DJs, then all of a sudden he’s too far gone. Which is dope, I’m proud of him. When I found out he’s on my beat, oh shit this a movie! It’s got Mulatto on it, it’s a heavy-hitting song.

How do you feel hearing it in the movie?

It felt good. I felt like the n*gga I am: MULTI.

When is that dropping, so people can look out for it?

March 11th, my album will be here. This is the first project I’m dropping since I broke the fucking radio and internet. I’m excited. One thing I can say: I don’t give a fuck how many people listen to my album, my album gon’ be the best album that drops that week. I mean it when I say I’m raw, you feel me? It’s a reason why n*ggas fuck with me, come get beats and music for me, because I’m really raw. This digital real estate.

One day somebody gon’ hear this shit and say “oh shit.”  Sometimes I’ll look, you woulda thought Michael Jackson was the n*gga until you hear the right old school n*gga that you’ve never heard of. You’re like “oh shit, this n*gga’s better than Mike!” That’s me: oh shit, DJ Chose is going to be better than whoever the fuck they’re comparing me to at the time.

What are you excited for next?