Walt Disney Motion Pictures Award-winning Film Distributor opens up about finding his way through a new culture while chasing his heart’s desire.

For award winning Film Distributor Keith L. Craig, transitioning from his rank in the top one percent of military leadership to beginning a lucrative career in civilian life as an Entertainment Executive was no easy feat.

Sergeant Major has already proven his tenacity and strength after receiving several revered military honors including: the Legion of Merit Award, the Meritorious Service Medal, the Army Commendation Medal, the Army Achievement Medal and three Bronze Stars (for separate combat tours). But for Craig, retiring from the U.S. Army after 32 years of dedicated service to enter the next phase of his life as an industry leader in Hollywood stirred a new sense of anxiety and uncertainty — two feelings he had never experienced. After all, the multi-faceted army hero had spent decades masterfully attaining each of his goals, so there was no need to feel anything less than self-assured and confident.

But things changed for Craig when he entered Hollywood’s bustling movie industry.

“I knew what I wanted and that was to be in the film industry, but I had to learn to trust the process,” the dapper dresser tells Sheen  “For me, the first thing I had to do was recognize the value of my military experience and trust in myself.”

“I knew I had three decades of totally unique, impressive experience but to get where I envisioned myself required a lot of patience,” he adds.

Craig’s patience and determination ultimately paid off when in 2016, his brilliant strategy for theatrical sales and global film distribution tremendously increased the success of Walt Disney Studios. Under Craig’s strategy, the renowned brand released it’ highest grossing films in history, including iconic smash hits Black Panther and Avengers: Endgame.

Though success is practically for Craig and all his endeavors, the veteran cannot say his journey has been easy.

“Transitioning from a military career to the corporate world was a fraught process for me,” the trendsetting trailblazer recalls. “From networking my way into new professional circles and learning new cultural moves, it was all very tough for me.”

Craig managed to rise to the challenge of his new career and played a huge role in the execution of Disney Studios distribution strategies for massive entertainment companies Marvel, Lucasfilm and Pixar films.

It was the hard work of Craig and his team that produced the overall strategy which led Disney to gross an industry domestic record of $3.7 billion in 2019.

Today, onlookers might find the author of No. 1 international bestselling book Serving to Lead sporting a trendy suit with a smile on his face — but he wants everyone to know it took patience, perseverance and strength to make it this far.

The change maker also wants to be clear that he believes trusting in the process of one’s life path is paramount success — having survived some of the most unanticipated events because of his quick knowledge and ability to navigate difficult situations.

He tells Sheen, “Even with planning and preparation, there some things we just cannot know or predict in advance. That is the reason why you must always be patient and continue to trust the process. Always remember that there is no straight path in life and recognize that there is no such thing as a ‘perfect transition.’ But rest assured, it will eventually become easier for you to do the work required to find the career you crave.”

Passionate about teaching, mentoring, and sharing life lessons, Craig released his debut book ‘Serving to Lead” in 2020 becoming an International best-seller. Craig continues to lead the way by serving first, then leading. 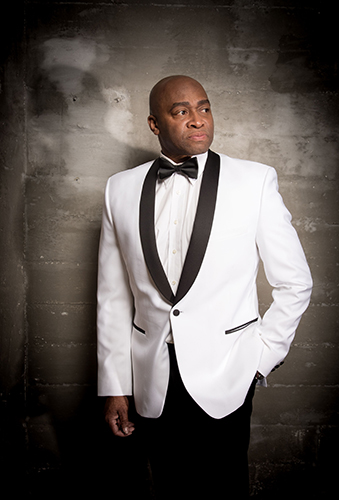 This feature was edited by Darlene Aderoju

All photos by Johnny Jones