Preston started his career in entertainment management through an offer to manage an inner-city dance group, “Dramatics.” He went on to work with other groups and built success in the entertainment industry by representing crews like Kings of Club to Team Squad Up (TSU), racking up a resume of managing seven dance crews during his time in the dance scene in Baltimore.
Can you tell us more about who is Samuel Preston IV?

Nearly fourteen years in the entertainment business surviving and thriving. I’ve learned the meanings and importance of relationship building, self-love, and valuing patience while working so hard towards the mission or common goal while facing the adversity and challenges that come along the way. I started in the business at Seventeen in my early senior year of high school. By twenty years old I was an award-winning entertainment manager within the Baltimore club scene and city entertainment community.

I also want to be a part of practices of law in the future and currently, I perform legal assistance outside of my entertainment work. In 2021, at age 30, I graduated as an IT professional with a GPA of 89.90. In the fashion world, I am a model for many designers and a stylist to self for model shoots. Whenever there isn’t one present, I thrive as a creator. As an actor I’m currently on set of Harry & Shiba Series created by Eiam Akell, the series is also in the works with Dame Dash Productions.

I’m still a student of the game. I’m blessed to have a good amount of experience to offer advice to newcomers throughout time. As a writer, I got more into poetry after my sister Alexis had her poem “Am I Going Insane?” which was a love ballad to a crush of hers published in a national poetry book. Years later I grew more as a writer under Self-Made Magazine, and Blog RepYoGrind, even launching my own media press website MediaReportOnline, interviewing countless writers, entertainment stars, and entrepreneurs as well.

My father is one of the greatest in his field of engineering work, he passed as soon as I graduated high school. That painful moment in my life pushed me to live out every dream I have in life. He supported me along with my mother Jean (a former model, who also signed entertainment legal for my artists when I was under 21). 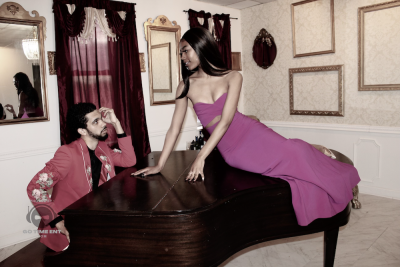 When did you know that the entertainment industry was the career you wanted?

While doing Illustration in my youth, my mother would purchase art materials and I would isolate myself from the world and create art. She kept me in art programs at every school I attended where I learned drawing, music, media broadcast, and studio recordings. When I was 13, I met Artist Karen Buster who was a huge influence. She showed me the endless possibilities of art through her work. Doing management in the Baltimore club scene would be my start in the business to later got taught music management and copyrights by mentor Bridgette Johnson whom I met at nineteen at an award show.

From starting with managing a dance team to selling out New York Apollo Theatres, can you tell us more about that experience and how it all came about?

TSU Dance Crew is one of Baltimore’s greatest dance crews in the city’s history. We worked super hard on preparations for the New York Apollo audition. Once we made it past, there was even more pressure to win the showcase. We received a huge laudation from the audience for two years in a row but didn’t win. It was okay because we represented our hometowns of Baltimore & South Bronx, NY. The experience also taught a valuable lesson that you can work super hard but never too good to lose.

Since leaving the management industry and transitioning into modeling, acting, and writing career, did you find it difficult or has that always been in the forefront?

The Baltimore club scene can have a family-oriented feeling. Once I left the management industry there were times, I felt alone on the road but I later realized everything I did tie together. I grew a great support system in those other areas. Model Rehab and GoTime Ent Triyna Lynn helped me hone my fashion style. The very first photographer I worked with was Anderson Ballantyne who was very stern about my posing during my first model shoot at age 22. This is the same photographer who captured the likes of Biggie, Aaliyah, and many more.

My biggest insecurity when it came to modeling was shirtless or half-naked. Since birth, I grew up having pectus excavatum (A condition in which the person’s breastbone is sunken into the chest, possibility of affecting the heart and lungs functions) which affected me. I signed my first modeling contract with Westhaven International Modeling Agency in 2016 before resigning in February of 2022. 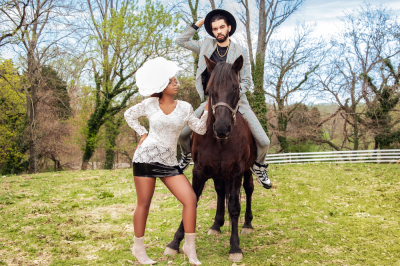 Modeling for Blockboy Appeal was different for me. Streetwear itself isn’t my everyday style, so I definitely enjoyed it. The Owner Brandon Moody is someone who I care a lot about (As an Elite IT professional he Co-Founded GAW Solutions and started out Blockboy local mall to launch its storefront in January of 2022 in Towson, MD).

The Photographer Tyrell informed me we were modeling the puffer jackets. Again, out of my element, as puffer jackets are uncommon for me to wear during the fall season. My style is more sophisticated and well thought out. I guess that’s why it gets compared to Europe’s fashion sense of style. During the fall, I wear Peacoats, etc. The Blockboy brand changed my perspective on puff jackets. I remembered compensation was given during that shoot and I tried to return mine. I just appreciated what the photographer did when it came to the Blockboy Brand and was happy to collaborate.

What would our viewers gain from this interview?

I want the readers to know that in June 2022, Blackleaf Productions will be filming the “I am Baltimore” Club project directed by me and Club producer Pac-man.

I believe the culture needs more visuals and as a dance community, we will deliver great work and continue to show good representation.

I also want them to know that no dream or goal is overnight, patience and faith are the key to any successful journey. You’re never too good for teachings or advice. Failures only build us for the better us. Anything is possible to accomplish, your passion will always keep you focused. Relationship building is the link to strong connections.

How can people connect to learn more?