The reason you feel safe at home is because of Marie Van Brittan Brown. She invented the home security system and changed our lives, especially those of us who live in high crime neighborhoods. In fact, that’s a big part of the reason why Brown created this invention. Brown, a nurse, and her electrician husband worked scattered hours and she consistently wondered who roamed near their home. The police always took an unnormal amount of time to get to their high crime neighborhood, so she took matters into her own hands. At first, she created three peep holes in their front door, so people of all heights can see who’s standing on the other side. Brown and her husband decided to take their safety a step further and set up a camera that could adjust and allow those inside to see who was outside from any room in their home. Next, the Browns connected the camera’s wires to a wireless television system and the rest was history. 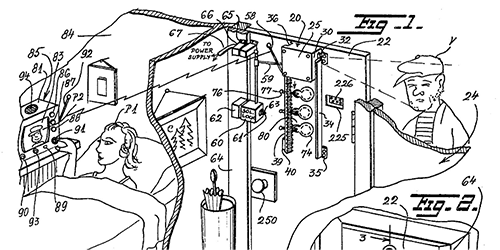 Marie Van Brittan Brown’s quick thinking and invention saved the lives of many citizens who lived in neighborhoods that were not able to depend on police. We will always be thankful for her creation and we thank her for being a fearless, multitalented Black woman.