Former Miss Australia, Angolina Amores has recently been stirring up the business industry following her reign. Amores is the CEO of a successful female start up brand called the Alpha Femme and has made it her mission to empower women all over the world in order to build a successful business. We caught up with the queen to discuss all the details about The Alpha Femme, her time as Miss Australia, and much more!

How was your overall experience as Miss Australia?

It was one of the most amazing life experiences because at the finals, you get to meet the winner of each country. That’s one girl from each country. To be able to represent Australia and meet the top competitors of other countries was an amazing feeling. I met a lot of amazing women that I’m still in contact with today. Seeing everyone’s journey was another rewarding experience. It was something that I still think about now. I wish I could relive that moment all over again. It was exhilarating being on stage. To me, that’s one of the biggest blessings for me still to this day.

Can you tell us about the inspiration to create The Alpha Femme?

As a former model and beauty pageant queen, I faced a lot of stereotypes from people. They think because you’re a model or beauty queen, that’s all you’ll ever be. Its assumed that we all navigate our lives by using our looks and you get your way just because you are a pretty woman. I didn’t like that at all. I knew I was an intelligent woman; I knew how to become a businesswoman. I transitioned from being a model to be a businesswoman. That all happened after I built a few different businesses in different industries. I realized while I was looking for mentors, they were all males. I didn’t find a lot of women. I didn’t know why. We should all be equal and as powerful as men. When I was looking for a mentor, all they wanted was to take you out for a drink or they want to get you in bed in exchange for them helping you. I tried finding female mentors and to this day, I haven’t been able to find a female mentor who was really able to help me. I saw this gap in the market. I thought, what if I created a community and became a spokesperson/mentor for women who aspire to become businesswoman but can’t find a mentor who is a female and genuinely wants to help them. Because it’s so male-dominated, it’s kind of frightening if you’re not a confident/outspoken woman. You can be taken advantage of without you even realizing.

We have a blog and we also have an e-commerce website that sells merchandise dedicated to boss babes and female empowerment. I really wanted to make a statement by designing these t-shirts. All of our shirts are designed by me. It’s something that I feel really strongly about. One of the shirts that is selling really well right now is our “Be Your Own Sugar Daddy.” I guess it’s doing well because there is a trend happening right now with females becoming their own bosses of their own destinies. Instead of relying on a man, we’re in control of our lives. A man is an extra asset on the side, not someone we depend on. 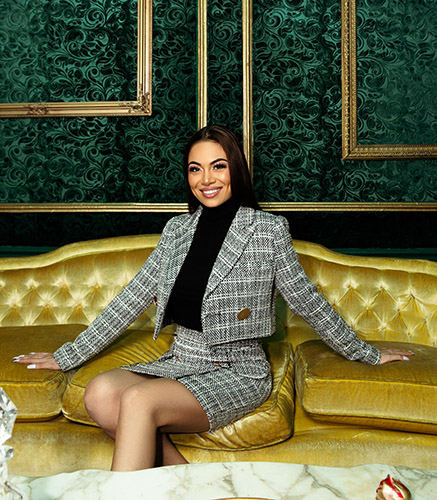 Tell us about the course that The Alpha Femme and 2 Comma Club are releasing this year.

The 2 Comma Club is an award by Clickfunnels. Most people use Clickfunnels to create a sales funnel. The reason why I want to win that award is to show that yes, I can make over a million dollars with this female empowerment brand. And yes, there is a market for it and there is a demand. Women love things related to female empowerment and anything that makes them feel powerful. The 2 Comma Club is a challenge to me and testimony to show that there is a demand.

I want to build an empire for women and boss babes. I hate using the word boss babes (laughs). But basically, I mean female entrepreneurs and female hustlers. I want to create this community; I want Alpha Femme to be the brand that women think of when you say, ‘female empowerment.’ I’m actually releasing a course about branding that converts. Its orientated towards what female businessowners or aspiring business owners. The course will help you create better conversion rates, more sale, more traffic, how to create a brand that looks like a million dollars versus making it look like an amateur brand that’s not making any money. I studied branding/graphic design in marketing, so this course is going to be published in the next two months. 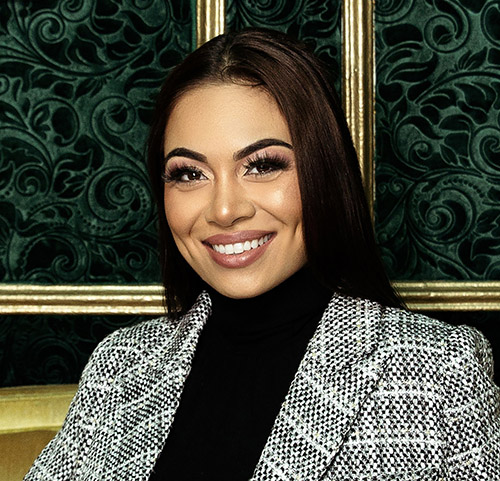 All images by Tayo