From Diddy, Russell Simmons and more: How one Celebrity Chef is bringing his love of Vegan Soul Food Back to his NY Roots

Celebrity Vegan Chef Daudi “Da Vegan Guru” Mclean is back and this time in Brooklyn, New York as he’s gearing up for the soft opening of “City Vegan” in the Flatbush area in August. It has been a long time coming since the former NYC firefighter, now Restaurateur is transitioning back to the East Coast after a successful launch of several vegan businesses in Los Angeles, California, and Memphis, Tennessee.

Born in New Rochelle, New York, “Da Guru” relocated to L.A. in 1993 to work as a producer in the music industry. That year on his life’s journey, that’s when Daudi made a life change and went vegan. He worked in the studio with major artists and producer/songwriter from 1994-2001. 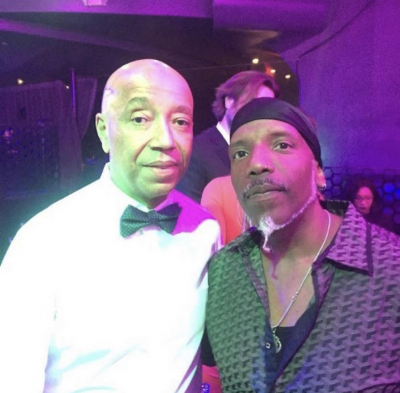 Since transitioning to veganism over thirty years ago, Da Vegan Guru has mastered the craft behind creating the most delicious meals that have celebrities and vegans raving for more!  The Hip-Hop nutritionist lost his first 60 lbs. in just two months and over 115 lbs in less than a year. It’s been his quest to serve those skeptical about turning over a new leaf. “Vegan food is more than just burgers and fries,” says Mclean. “From Grandma’s Greens to City Ribs, and Vegan Mac and Cheese, there’s nothing that I can create that taste exactly if not better than what you’re eating now’, he says. 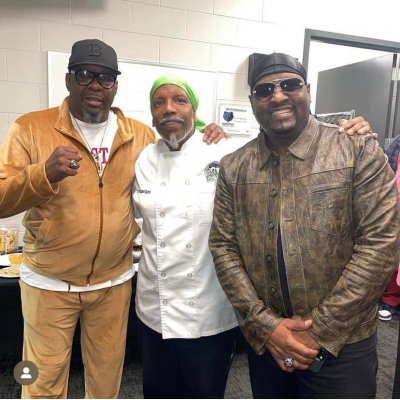 Daudi knew he was on a mission to heal after curing his mothers’ diabetes at the age of 72. After she was diagnosed, they switched up her eating habits. They then went back to the doctor for a follow up just to be advised they no longer detected the disease. That was over 23 years ago. She recently just celebrated her 93rd birthday in May. From the Green Bay Packers to New Edition, and ASAP Rocky, he has an extensive list of clients that have transitioned to the plant-based lifestyle just from his creations. Even Tupac Shakur was a fan of his vegan spaghetti.

Now, the Vegan Guru is here to stay in NYC with City Vegan to bring a different type of soul to vegan food. This past June the Guru had an exclusive tasting at Oui Cocktail lounge, and it sold-out within minutes. As he’s gearing up for the grand opening, you can find Da Vegan Guru on the weekends at the Coney Island Art Walls serving it up with his infectious personality, and of course giving you insightful tips on why plant life, is the best life.