From Seoul to NYC, Young Bae Overcame It All

Being a woman in a predominately male industry is not easy. You must prove yourself to critics and show that you are better than they are at their own game. You might recognize Young Bae as she is one of the top tattoo artists on VH1’s hit show, Black Ink Crew. Bae is more than a tattoo artist, she is a mother as well as a business owner whose road was not easy. In 2007 at the age of twenty-two, Bae came to the United States with nothing but a dream. Coming from Korea with nothing was difficult, but Bae’s dream was bigger than her doubts. She made it work with obstacles she had no idea she would face. 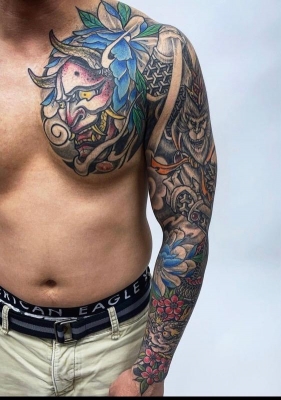 How long have you been tattooing and how did you end up in NYC?

Due to the amount of buzz around the show, some might assume that Bae has always been a tattoo artist. They aren’t wrong, however; Bae has always been an ARTIST. Tattooing was illegal in Seoul, Korea so Bae had no prior experience when it came to that. Her raw talent with more hard work and dedication is what made her who she is today!

Being a single mother, what was one difficult thing you had to accept?

“People constantly judging me and not having the support system needed to ever get a break from mommy life. I did this all by myself, with no help. Just me and my son Niko.”

Moving to the melting pot of the world from Korea was never easy for Bae. She left behind her number one supporter, her mother. Now that she has a son that is biracial (Black and Korean) the odds were against her even more. Due to her son being half black, she would get nasty looks from everyone! Just because she isn’t black, does that give others the right to assume she cant raise him? Bae has proven to many people that she can, she does, and she is a good fit regardless of her SONS race. But Bae is all too familiar with nasty looks and abuse due to the life she, her mother, and her sister lived with her father. Neglect along with verbal, physical, and emotional abuse is what Bae witnessed as a child from her father. Her family was very poor. Sometimes they would live in church basements and abandoned homes! Her tough upbringing allowed her to see a life she never wanted her son to see. 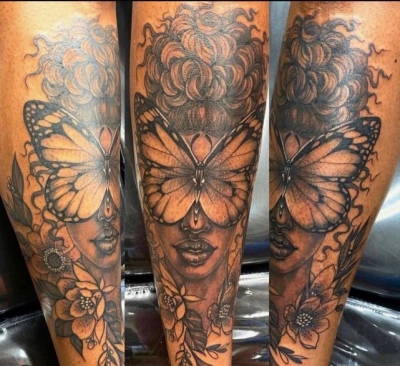 How big are you trying to be as a tattoo artist?

Bae seems like she has never put a cap on her success and never intends on doing so. She is a firm believer in God and always gives praise to the highest for what she has been able to overcome.

What drew you to the Black Ink tattoo shop? How did you end up working there?

“The opportunity presented itself and the timing was right. I had a shop before getting on the show, my talents through my shop are what landed me the opportunity.”

Sometimes, outside looking in there are things we don’t know about celebrities and things we think we know. Well, aside from being one of the baddest tattoo artists in NYC currently, Bae already had a business of her own. It didn’t take a show or glitz and glam to make her talents more known. Her shop, Diamond Tattoos, is still up and running. Originally, Bae had a team, and then as time went by, she fired everyone and handled the business herself! Sometimes in life, for your oak tree to grow, you must cut off certain limbs as every limb won’t allow you to reach the top. 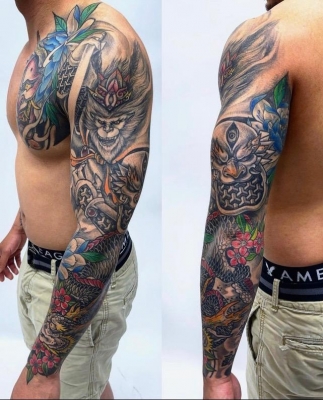 Having a son who is half black and half Asian, how difficult has it been since the Atlanta Spa Shooting?

“The Atlanta Spa shooting didn’t change anything. It did make more people aware of the situation Asians face with racism. And it’s hard because my son gets judged by both Asian people and Black people. Either he’s not Asian enough or not Black enough. At the end of the day, it’s my job to make sure he knows both his cultures.”

Being a young Asian woman who is an entrepreneur herself, what is some advice you can give to minorities who don’t have that parental guidance.

“Put in the work. Regardless of how you were raised, you can be the change if you make the change! Your drive and ambition will open doors just stay focused and persistent.”

Young Bae is an American success story. She came to a country where everyone has an opportunity, it just depends on you and what you do with that opportunity. Bae had countless obstacles against her and has numerous haters to this day. But Bae remains humble, she thanks God every step of the way and is moving mountains while doing it. Being a mother doesn’t stop the show and not being a native of this country doesn’t stop the show. There is only one person who can stop the show and that’s you. Keep your faith, keep pushing, and whatever vision you have KEEP IT until you are fulfilled.