Grammy-Nominated Mali Music Talks How He Got Started In Music, His Responsibility As An Artist & New Single Release “Let Go”

There’s nothing like a gospel record that possesses grit and swagger like a hip hop beat yet layered with a sacred sound and the teachings of God’s grace. Luckily, we have three-time Grammy-nominated artist, songwriter, and producer Mali Music to thank for that soulful combination. On January 30th, Mali Music premiered his new single “Let Go” the first release under the partnership between the singer-songwriter’s imprint K Approved Enterprises and RCA Inspiration. “Pulled left from the mission,” Mali confesses in “Let Go,” a heartfelt song about self-reflection, straying away from God’s path but finding your way back. For the past decade, Mali Music has captured the ears and hearts of fans across R&B, hip-hop, gospel, and urban contemporary genres, earning him underground acclaim to Grammy nominations in the categories of Traditional R&B Performance for his song “Still,” Urban Contemporary Album for his hit album Mali Is…, and Gospel Performance/Song for “I Believe.” With his captivating lyrics, distinctive cadence and unparalleled soothing and soulful harmonic acapella vocals; he delivers a distinguished sound that we never even knew our souls yearned for.Sheen had the pleasure to catch up with the Phoenix, Az born, Savannah, Ga raised singer to discuss how he got started in music, his new single “Let Go” and what you can expect from him in 2020? Check it out below in this Sheen Exclusive! 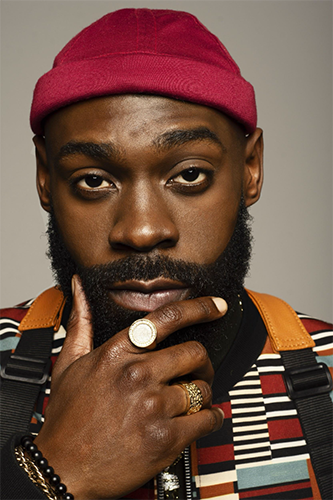 “I don’t mind being copied but I’m not going to duplicate another artist’s sound. This comes from challenging myself, knowing my craft and not being afraid to take risks.”

For those who are just joining the wave? Walk us through your journey and tell us how you got started in music?

It all started within the family. In Savannah, Georgia I was one of three kids. It was me and my two sisters. I guess I would say like some other people, we had a life that would be considered poverty but I didn’t know because as a family we were just always getting down and doing whatever it was we needed to do. Overtime we would have these talent shows at the house and our family would sing for each other or perform jokes and I became obsessed with performing. I mean as young as age four, I could barely walk or talk but I always wanted to be apart of the family talent shows at the house. As I got older, I was determined to create a song that could really touch my entire family from my sisters to my mom, grandmother and my dad. I wrote my first song at age five. (he says laughingly) I took it very seriously, my mom was impressed and it just kind of took off from there. Of course, at the house we didn’t have keyboards or instruments but my church was filled with instruments; it was like my YMCA as a kid and everyone knew you would always see me there. At age 11, Pastor Eric Jackson gave me a chance and let me play the keyboard at a store front church. I was very excited and it was the first introduction to responsibility for me. I never missed another Sunday, Wednesday or Thursday, for the next 11 years. I was learning harmonies, choir music and had written over 200 songs by the age of 21. I got accepted into Berklee College of Music but when it came time where I was preparing to go off to school; my church and the community were not trying to let me go. In 2009, my pastor and first lady offered me the opportunity to perform and direct the choir for this huge concert that was held in Savannah. With this exposure my musical career continued to grow and in 2010, I flew to Los Angeles to perform at the first annual Merge Summit. I had the pleasure of meeting Talent Manager, Holly Carter who has so much experience and done so much in the industry. That same weekend I was introduced to so many mainstream gospel musicians all off the reputation and relationships Holly Carter had within the industry. Due to so many people being familiar with my music and sound already due to the boom of Myspace and social media they spoke with Holly and insisted I perform on the second night, which was considered the big night! The next day I was sitting across the table from Akon, the second day I was on a flight with him to Amsterdam and this relationship exposed me to so much studio work. I was heavily inspired by Akon and he was moved by me. In 2011, I signed with a big mainstream record label, performed at the B.E.T. Awards and boom the rest is history!

It’s often said that art is the biggest imitation of life; so with your art how do you continue to create fresh sounds and portray real life circumstances, in innovative ways?

You have to do different things in your life. I feel like if you do the same things in life, then you are going to have the same inspiration from the same walks of people. So, whether I intended to or not, my path has not been one that has been mundane. I don’t pass the same people, I don’t go in the same doors and I don’t walk out the same doors because I am always in new faces and receiving new experiences and takes on life. Also, transitioning from one side of the game to the other side of the game, in which one side seems to be all about souls and the other side seems to be all about the money. It showed me there was an in-between thing and that it was content that was made for companies and then it was content that was made for success or for the people and to identify the difference. The thing is everyone’s sound is so distinct that fans will know if you’re biting or copying another artist. I don’t mind being copied but I’m not going to duplicate another artist’s sound. This comes from challenging myself, knowing my craft and not being afraid to take risks.

Bussing Heads! (he says laughingly) When I say bussing heads, I mean that the music has to sound a certain way to even get the attention of a four-year-old boy all the way to a grown adult. It’s the sonic sound that makes anything pop. Also, it’s a certain sound that will grab anyone’s attention and we just combined the two together. It’s something about a piano and a human voice that gravitates to people and they will stop and listen. I was so moved by the progression of the beat and just doubled and tripled up on the notes. My goal was to be very vulnerable on the song, with it still being tasteful and swaggy. I attacked the song with a certain type of confidence by saying this jams and it does.

In your latest single, “Let Go” you mention “Pulled left from the mission”, can you talk to us a little about the inspiration behind that line and what you did to reposition yourself back in alignment with your mission?

You already know what that line is about! We all get pulled left from the mission in life. I said it, “Big knife out the kitchen, Cut It!” It was like something had to die. Not literally but whatever the distraction is, you have to cut it out of your life. I was envisioning myself or whatever my issue was. I’m an addict to the vision. That line was pretty much telling myself, man cut it. Go back to talking to God, do whatever you have to do to get back to the mission. In a sense, I was cutting my hurt out, the one thing that was holding me back. So, I ultimately had to kill myself and the hurt I was holding on to, in order to let go.

As an artist your responsibility is to convey a story through your artistry and impact others. With the loss of the late great Kobe Bryant and seeing how impactful his life and his legacy has had on the world how has this affected and made an impact on you in ways of wanting to be a better artist?

Luckily before it was cool or before we were humbled, I was making humble music. I wrote a song called ‘My Blessings,’ and on the record I say…

“Count my blessings until they are really high. What a life? I’m seeing we could really die.  It be looking really good in pictures but after a while, we be crying. It makes me think of how it feels to kill Messiah.”

So speaking to the question, the way it has affected me is I’m definitely inspired because this loss has not only created but revealed the spirit that every human being has. This loss has inspired me to prick on the people that are withholding love from the people they love. The air of the invisible doesn’t exist; there is no safe place, there is no wealth zone to preserve your body and there is no amount of riches or access anyone can come in connection with, that can cause you exempt from death. And just like people are thinking about more of what Kobe did in his life than his death; I want to continue to be a beacon. 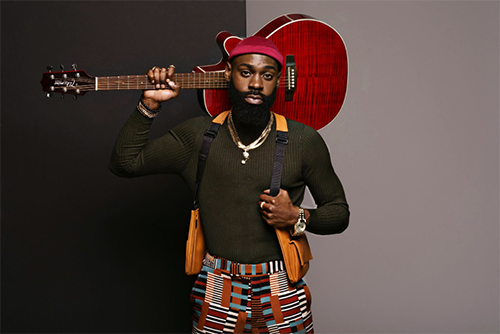 In 2013, you released the hit single “Beautiful.” The song and its follow-up album, 2014’s Mali Is …, chopped the charts, peaking at No. 16 on the Billboard 200. After such a huge success did you ever feel pressure to rush your art process?

What’s next for Mali Music? What can our readers expect from you in 2020?

You can expect a lot of music from me, pictures, videos and overall a lot of content. However, this is just the tip of the sphere. Once you hear a Mali Music song, it’s hard to go to another type of song. So, I’m excited to be rolling out the full channel or radio, of what Mali Music is and what it can be. I want to further the work that I’ve already done but cultivate a larger following from the sound that I have created. I want to have a reign that lasts forever and 2020 is just the start of it!

“My success is due to the mixture of confidence, growth and anointing.”