How God Shifted Me: My Story by Shayna Rattler

But why was all of this happening to me? I was a Chrisitan, I paid my tithes and overall, I strived to do the right thing.

Even though the life I once knew and loved was one I no longer recognized, I sensed God was up to something. I just didn’t know what.

Maybe you can relate. Perhaps…Whatever your thing was, you too sensed there was another chapter in your life that needed to be written and fast!

I now have a thriving business again, a growing ministry I love and my life is in a great stride, but the question is what happened between three years ago and today?

In April 2018 things in my business and life were drying up. I hired a life coach who explained to me that everything I desired was on the other side of full surrender. I didn’t know exactly what that meant, but I can say that over the next few months I went through a season of becoming. It was clear to me that what was ahead was going to be more about who I became than what I was going to do.

I had to release some people from my life, I made some changes to my lifestyle, and I had to let go of the desire to have it all figured out.

It was during this time that I heard God say SHIFT. Huh? Shift where? Shift to what?

As I began to ask these questions and seek Him in prayer, the nudgings to ministry came. It came through prophecy, through sermons I listened to and even in casual conversation with someone at my father’s senior living facility.  I couldn’t escape it, it was everywhere!

This was the shift God desired of me. He clearly told me that I had been using my gifts to build the marketplace for years and now He needed me to use them to build for Him.

In my true “Shayna fashion,” I immediately accepted the call. I’ve never been one to run from anything and this wasn’t going to be any different.

After accepting the call, I was hit from every direction. The enemy began to attack my child, my relationships, everything you could imagine.

During this time, I discovered it was time to just be “Shayna” –the full umbrella of who I am and who I was called to be. Faith plus business.

Had things not dried up three years ago, I never would have paid attention to what God was asking me to do.

He gave me a BIG vision, one that included speaking in arenas to the masses, a TV show, and working with celebrities and dignitaries.

Of course, at the time, although the vision was clear, how it would come to pass was not.

That’s when I made a grave mistake… I leaned on what I had been taught in the past and created in the past. I did what I knew and turned God’s direction and idea of ministry into a coaching business.

I incorporated all of the tried-and-true strategies it takes to grow a successful coaching business and even invested in the systems and the needed team members to pull it off. Nothing stuck. No traction, few followers and no sales. Zero results.

In December of 2020 while prepping for the upcoming year I knew I needed to recalibrate some things if this “ministry” was going to become successful but again I went back to what I knew, messaging, ideal client, programs, etc. Everything EXCEPT the vision God originally gave me.

I listened to a group of preachers encouraging the audience not to quit and one of them stated, “it’s time to get back to the vision!”

Then it hit me. God never told me to create funnels, challenges, and coaching programs. He told me about stadiums, TV shows, celebrities and dignitaries.

With the help of a few of my trusted friends and colleagues we spent two hours crafting what God commanded. We created a real ministry concept that could truly become a movement and help bring millions of people to God – by helping them see in the “marketplace” that God is really calling you to more. It’s faith and business and that’s the God shift.

Just like I was three years ago, you’re just one shift away from where God needs you next. I share in my book, A God Shift, the tools to get there.

This feature was submitted by Shayna Rattler 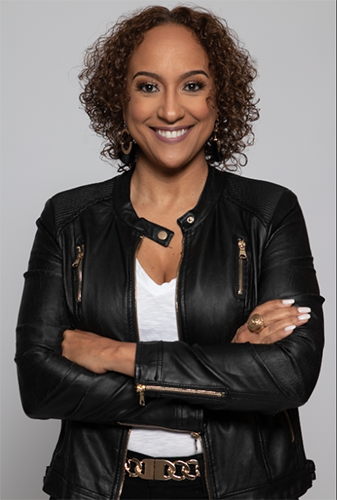 Shayna Rattler is a prophetic minister, author and speaker who empowers leaders to experience a God shift that moves them from disruption into a greater destiny. She is passionate about helping others develop a deeper understanding of God and the identity they have in Him.

Shayna has helped thousands of individuals and organizations around the world achieve personal growth and organizational excellence. She and her businesses have received multiple awards, she has published 4 books and has been featured in over 450 media outlets. Shayna also hosts the God Shift Podcast and the God Shift with Shayna Rattler TV show.

All images provided by PamPerryPR