Tune in for bold and unfiltered conversations on life, politics, love, sex and everything in-between with all-star guests including TS Madison, Mike Tyson, Regina King and more!

Listen to the Trailer HERE 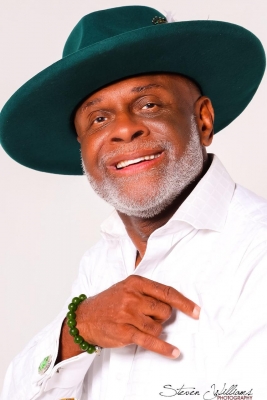 Hosted by the legendary comedian, actor, and author — Michael Talks To Errbody with Michael Colyar is a podcast about laughter, encouragement, enlightenment and feel goodness.

The weekly 30-minute podcast will air weekly, Monday, Wednesday, and Friday on iHeartMedia.

These conversations driven by Michael will always get us back to a safe and even learning space that will serve to help us unfold into our greater selves.

Michael Colyar specializes in observational humor which stems directly from his own personal experiences and people he has come across in life.

Michael Colyar is a native of Chicago who made his mark as “The King of Venice Beach.” For nine years, he performed five shows a day, leaving a positive imprint on the crowd with his thought-provoking humor. As his hard work begun paying off and with his comedic star on the rise, he was honored by the city of Venice by placing his shoe and handprints as well as his money grabber in cement of the new Venice Boardwalk.

Colyar gained national attention after capturing the Grand Prize Comedy championship and $100,000 on the popular television show “Star Search.” He donated half of his winnings to homeless charities in the Los Angeles area, and continues to give back to this day.

As “The Original Host” of “BET Live From LA”, his point-blank delivery and razor-sharp insight deeply connected to its over 55 million viewers coast to coast.

Michael Colyar is the author of three books: A Funny Thing Happened On the Way to the White House, Miss Innocent Goes to Kool Skool and Other Silly Stuff and Michael Goes Motivational.

Stay tuned to Michael Colyar by following him on Instagram @michael_colyar 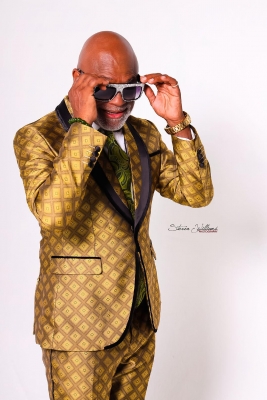