On the wake of the release of Olympian-turned-international dancehall artist Krueshef’s fourth single release, he’s excited and filled with high expectations. He can feel the adrenalin rush, his heart beating a little faster than usual. It’s not the first time his gift brought him before the masses–his entrance to the international stage started back in 2004 as an Olympic boxer for the U.S.

Just last year, his single “Ah Good Thing” was a top-20 Billboard charting hit that still resonates with fans worldwide. “I think “Ah Good Thing” resonated with so many people because it was a song that gave people the feeling of joy and happiness,” Krueshef said.

“I talked about the good things that women were doing – taking care of their kids and men taking care of their women among other things. At a time when the world was adjusting to the pandemic and still processing social injustice issues, they wanted happiness, to be around family, and to find a way to enjoy their lives. The song gave them a reason to dance and celebrate what they have and value most – family.”

The celebrated Olympian turned dancehall star is very clear his position – God first, then family, then music – in that order. As a husband and father of sons and daughters, the artist shares how his role as a family man has influenced his music and lyrical narratives as we hear on his latest track.

“When I think about my daughter, I don’t want my daughter to be treated like a video vixen and being subject to the disrespect that I see in dancehall culture these days. As a father, you want to see your princess be treated as such,” he says.

From his beautiful hometown St. Crucian beaches to the Hollywood Hills, Krueshef continues to prove that he is a winner – no matter where he is. Krushef sat down with Sheen Magazine to talk about his new single “Vibes.” In a world where non-traditional approaches to dating are upon us, he has a message for women and men about the right approach and shares how to know if someone is “vibing” with you or not. 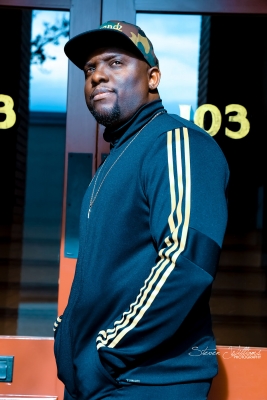 What are you most proud of accomplishing in your career as a dancehall artist?

I’m most proud of my song charting on Billboard. That was a first time for me, not many people even get on the charts.

What artists would you like to work with in the future?

There are a few of them. Bounty Killer, Shenseea, Koffee, and Busy Signal.

In your own words, what is a Vibe? How do you think men should approach a woman?

A man should treat a woman with respect, be gentle, then wait to see if there is a vibe with her. He knows it’s a vibe when he wants to “wine” on her or dance with her but whatever she wants to do with you, do it with respect. Always treat the lady with respect. I can see that men are far more aggressive than back when I started out in dance hall music, we would ask a lady if she wanted to dance first – not jump on their booty and grind them to the floor.

You know when a woman is “vibing” with you by the way she engages with you when you approach her. If you’re speaking with a lady and she say’s “hello” back or if you both find a way to continue the conversation. Women have a way of giving you that “vibe” if she wants to hang with you, kick it with you, or ride with you. So, just pay attention if she’s being short with you or not really engaging in conversation with you. Take the hint, move on, and exit. 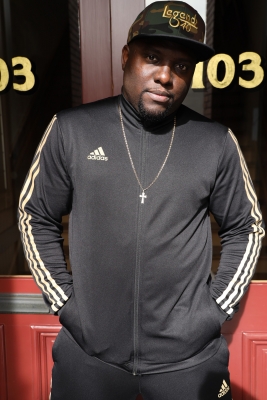 What are some green light signs for women to know a man is “vibing” with her?

This is a great question because people seem to be so confused about where they stand in relationships, sometimes I don’t know whether they’re intentionally playing the fool but it’s never a good idea to play games with someone’s heart. When a man is “vibing” with you, he wants to know more about you, your interests, and what you like. It’s up to the woman to know how far she wants to go. I advise the woman to first be respectful, be yourself, and wait to see if the guy is into you. Take it slow and don’t rush.

Whether it be smiling, wanting to take you out on a date, or doing something from the kindness of his heart – if he’s into you, he will call you and chase after you. If he’s not into you, he won’t call, talk, or treat you like a queen by opening the car doors or pulling out the chair when you’re on a date. One of the first signs that he’s “vibing” with you is that he will show you all the interest in the world.