The daughter of NFL star Jim Brown, Kimberly Brown is proud to follow in her father’s footsteps as a female football player, but her accomplishments don’t stop there! She’s also proud to build her own path to success as an actress and philanthropist who is committed to helping women succeed through her upcoming foundation, Mothers En Route, and through her work with Daughters of Legends, a project set to be released by the end of this year. It was a special treat to sit down with Kimberly for this Sheen Magazine exclusive where she discussed her famous father, her football career, and how her mother’s charitable work inspired her passion for helping others!

Who is Kimberly Brown?

I am first a child of God who believes in faith and in Jesus Christ. I am a resilient go-getter who is determined to accomplish my life’s purposes. That’s the journey I am on now—being unstoppable in the pursuit of my dreams.

I play women’s football. During my rookie year in 2019, I played for the Atlanta Steam of the Legends Football League (LFL), which is now the X League. Currently, I play flag football in Atlanta, Georgia.

I am also an actress and will star in One Night in Miami, which is directed by Regina King and is set for release on Amazon later this year. I am also working on another Black History film that will premiere during Black History Month.

I am a giver who is passionate about saving children.

What is the art of football?

Football is a mental and physical game that requires extreme focus, preparedness, practice, repetition, and a certain mentality. It is a team sport.

What or who inspired you to play football?

It was my father’s journey as a football player that inspired me the most. I look at him as infinite and fearless. I want to be like him but with my own twist. My fellow teammates also inspire me and push me to be better. I also believe that I inspire myself because I have to put in the work and keep pushing forward even when it is hard. 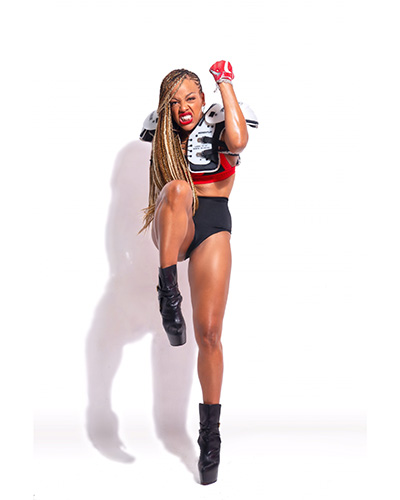 Tell us about some of your greatest accomplishments.

Having to overcome difficulties and obstacles to raise my two children as independent, creative entrepreneurs with loving hearts as a single parent is my first greatest accomplishment.

While living in Vancouver, Canada in 2015, I created a pre-matchmaking single to mingle event called Blulign to align God’s people together for the sole purpose of marriage. At the Blulign Los Angeles event, a couple met and fell in love. They married 10 months later and started a family with the birth of their twins—a son and daughter.

I am also proud of the work I’m doing with my current project—Daughters of Legends. This is a woman’s empowerment super group comprised of Malcolm X’s daughter Ilyasah Shabazz and Ray Charles’ daughter Robyn Charles. Hopefully, you’ll see the finished project by the end of the year. 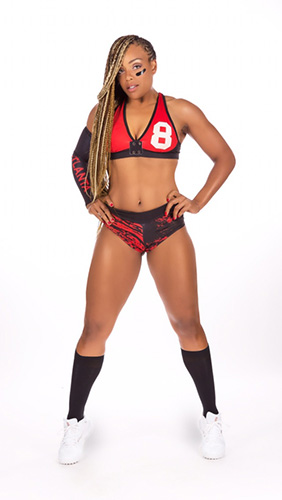 What is your truth to success?

The truth to success is having a dream, then a strategy, and then the final execution. Along this journey, you must be a good, ethical, and honest person to truly succeed.

What advice would you give to someone who wants to mirror your success?

Repetition and practice. Allow yourself to make mistakes and fail but learn from those mistakes, get up, and try again.

Mothers En Route is a non-profit that I created the idea for back in 2007 to assist single mothers with receiving financial assistance for a higher education or a business.  But currently my focus is to assist women and children from sex-trafficking so I’m seeing how I can combine the two.  This execution is pretty big so I will need the assistance of the Daughters of Legends to help me execute this plan.

What sense of purpose do you draw from your culture and community?

My purpose has always been to help people regardless of their race or religion. The journey that I’m on doesn’t just impact me; it also impacts others whom I can help. My purpose is to help individuals on a level that impacts the larger community and the world. I learned that from both my mom, Monique, and my dad. My dad founded the Amer-I-Can Program in 1987 and has served as the program’s president with my mother’s support for the last three decades. The program focuses on preventing gang violence and teaching self-determination, self-responsibility, and the importance of a family unit.

How has the pandemic impacted your career?

I’ve been very blessed throughout the pandemic. I’ve been fortunate to continue playing football and traveling; the pandemic hasn’t prevented me from pursuing any of my projects or goals. I am very blessed to live in Georgia where the state reopened in April. Nothing can stop me from achieving my dreams and going after what I want.

How does it feel to be the daughter of Jim Brown?

I am honored that God blessed me with such an amazing father. I’ve learned a lot from him and wouldn’t be who I am today if it wasn’t for him. My father is my goal model.