Its Snow Time: Meet Snow EST The Fashion Designer to The Stars.

Sheen Family, say hello to Movado Thomas, a fashion designer based in New York City. Snow is known for his consistent raising of the bar with his New York-style designs.  Nicki Minaj is a big inspiration in his designs from color to design layout. Movado got his first big break with his dress “Don’t Cross Me Dress,” worn by American Hip-Hop artist Dream Doll. Mr. Thomas’s list of clients ranges from Jada Cheaves, Alexis Skye, Leilani, Lira Galore, and Asian Doll just to name a few of his high-profile clients. 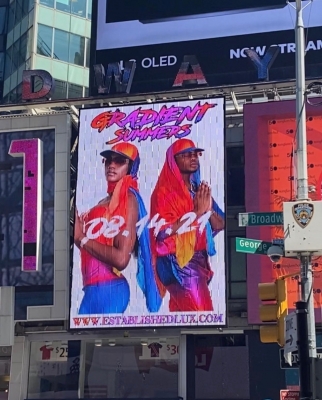 What made you get into designing?

What inspired me to start designing was the idea of me always wanting clothes nobody else had and that simply became my fuel to create. Shortly after tapping into this talent, I started to find inspiration in everything which means I was always creating, I do it unconsciously sometimes too.

What’s the inspiration behind your collection?

Fashion designing is my preferred Art form, and my collections are my pieces of art. My clothes are an expression or projection of who I am, my thought process, and, how I envisioned men/women to look when they wear my clothes: beautiful, powerful, and confident. Wearable art that compliments the body I would say.

Who’s an ideal client to work with celebrity-wise?

My ideal client to work with celebrity-wise would-be Nicki Minaj no questions asked because that’s my brand. She has played an integral role in not just my creative process but life overall.  Not only do some of my creations stem from her inspiration or likeness but her perspectives, her music, and her story

Resonates with me because of how similar our stories are. Often I would create with her as my muse in my head, making stuff that would complement her because anything influenced by her is automatically good. Sometimes I would also go back to watch or listen to older music or interviews to listen to how she thinks or watch the way she articulates and that literally would make me feel empowered to go create, it would make me feel better on days that I don’t feel my like my best or it literally makes me feel I can do anything. 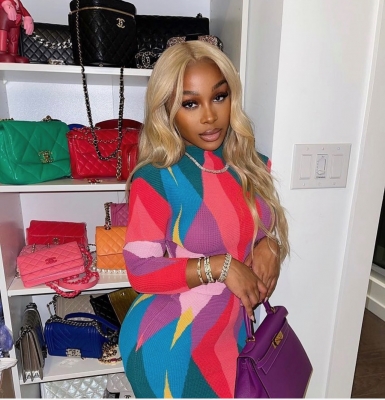 Who is someone you look up to in this fashion industry?

This would definitely be Gianni Versace; I had an opportunity to learn his history and he automatically because my favorite designer. He had such a similar mindset like the way he creates and what he uses for inspiration.  Gianni had visionary fashion sense, he felt like beautiful bodies shouldn’t have to be hidden to be taken seriously and that there’s a bunch of people out there that want to express themselves with fashion but are held back because of the fear of being judged. He advised them by saying ” Don’t be into trends, Don’t make fashion own you but, decided who you are and what you want to express by the way you dress and the way you live”. So even when the mass felt like his designs were vulgar, overly sexualized, not much thought put into and the overall intent was to exploit women’s bodies he continued to do him which sounds so much like some of the comments I get and my overall posture towards them. Versace responds to the criticism with a quote by Fredrick Nietzsche saying “those who are profound strive for clarity” which is one of my favorite quotes now because of this. In the quote’s fullness, there’s another part that says, “And those who would like to seem profound strive for obscurity”. He wanted the world to know that he had the ability to design what he want and he could do so well, and he designs the way he does for a specific reason and I share these exact sentiments. Versace was also very business-minded and created stuff at a reasonable price to appeal to a wider audience or bigger demographics like people from all classes to bring overall more success to his company. The similar thought process I share, and therefore he’s someone I look up to. 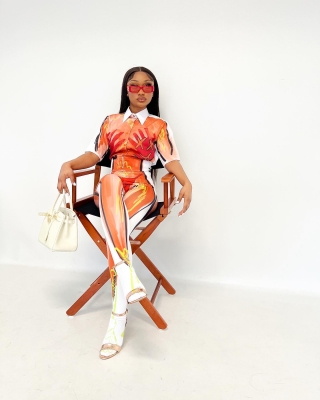 Leave us with a few words of advice for someone wanting to get into the fashion game?

My advice to anyone that wants to get into the fashion industry is to Put god first and right after dream and, dream big. It is Okay to dream as well, dream so much that it scares you, and not only should you dream, believe your dreams, and believe in your potential, your talents, and your anointing because all things are possible for them that believe. Next thing be yourself, bring your own little magic to the industry because no one else can do that but you, and not only should u dream and trust god but be ready to be hardworking, innovative, consistent, and persistent