As you know, no one can host a party, like Diddy, he brings all of the celebrities out. Among them was J Young MDK star- studded hip hop artist extraordinaire, City Girls, Lil Baby, Coi Leray & More.

The Fox Theatre was no match for the range of talent that walked through its doors ready to celebrate Quality Control Music’s Pierre birthday. Sensational rapper, J Young MDK, was in the building rubbing elbows with impressive company. He took to Instagram to share his night with his fans and followers. First pictured was legendary producer Jermaine Dupri , Chaka Zulu, Kenny Burns. He was also seen with a well-respected associate of Quality Control Music, Coachk44. Elegance was not the word for the night of glamor and excellence.

J Young MDK was all smiles when snagging a photo with Kevin Lilies, the Co-founder and CEO of 300 Entertainment. Circoc provided a slow motion camera in which we could get a full view of Young’s incredible outfit. He wore a patterned black and silver jacket, paired with a silver silk button down, and one classic black bowtie. The video provided shows the birthday boy was honored and grateful by the mass turnout. 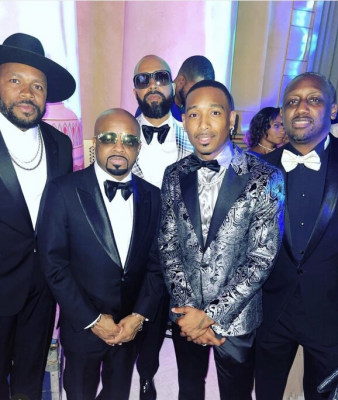 He’s best known for making musical history in 2020, releasing an R& B album ( Aqua ) and Rap Album ( Black) on the same day.   His next project within a 3-month span was “White”, yet another testament to his diligence.

2022 has been an exciting year for J Young MDK as he has already dropped the single of the year, “Slow Motion”. Hitting at #58 on iTunes R&B charts, his next project “Forever Young”, also dropping in 2020, has some stiff competition. He is also set to release his previous hit “Vibe on me” with singer Jacques.

He joined Latto on her “Monster Outbreak Presents: Latto 777 Tour” along with Saucy Santana, Kali, and Asianae. The tour hit 25 cities and sold out in 20 of them. He also put on a memorable performance at the 2022 Laughing for Love show starring Gary Owens and Country Wayne.

Fans and followers can see @jyoungmdk in his short film  “Mixed Girl” as an actor and co-producer of this project, alongside Yandy Smith and world renowned director Des Gray, it’s  set to hit film festivals. To stay updated, follow him on Instagram and stream his music on all digital platforms.