Creating An Equality” with Jejuan Smith

The all-around creator Jejuan Smith, is making creative strides to continue to make an impact in this world while “Creating The Equality.” In this interview, he shares with Sheen about balancing being a creator and a business owner for JSProductionsGroupLLC, navigating various industries, and networking your way to your dream position.

My name is Jejuan Smith, I am an actor, model, writer, producer, filmmaker, former college athlete, music artist, and an all-around creator.

How do you balance being a business owner, writer, model, actor, and just all-around creator?

I think the best way to balance everything is that you have to be motivated. Not only to be motivated to be better obviously, but to be motivated form those people who doubt you and for those who work harder than you. If you add all those factors it keeps you going. 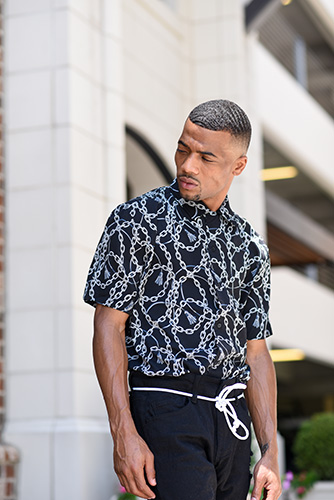 What advice would you share with any creator starting or navigating any industry?

I definitely say network, network is the number one thing. You never know who you will meet and place you in a position where your trying to be or at least help you get there faster. Also, have some type of confidence with anything you’re doing, if its photography, writing a script, or modeling. You have to be confident and be okay with being told “No” sometimes.

What are good ways to network?

I think good ways to network are using social media platforms. The different things I did and used was Model Mayhem, where I reached out to photographers and asked them to work with me, some replied and some didn’t. But definitely social media and attend auditions, events, and red carpets in your local town or cities. Get around people who are doing whatever you are doing and share similar interest.

Tell us more about your water and film company, JSProductionsGroupLLC/Films. What inspired the new ventures?

The film company I started in 2016, as being a stand-in for Donald Glover and Rapper T.I., I would write scripts, but I had no idea what to do with them. So, I would take the scripts of a movie or TV show I was working on and follow the guidelines to help create my own stories.

I created several short numbers that won awards and was featured in theaters. Then, I was like okay “I have a film company”, that is moving and thriving. Over the years, I still am trying to gain awareness, and in honor of Nipsey Hussle I wanted to start my own water company. I knew that was something he had mentioned but was never able to fully live out. In a way, I started the water company to gain awareness of my film company. That’s what inspired the venture.

Also, I wanted to do something different. Not many African American man wanting to do water companies. Most of the time it’s just liquor or they just want to promote liquor without truly owning, just a lead ambassador. I wanted to switch it up!  That’s pretty much the goal of the water company, it’s for everybody. Not too many people are thinking this way, but if we do then we have our own water and something different to talk about.

Tell us more about the mission of your water company.

The mission is not only to be a successful African American business owner and also be one of the first persons with their own water company. But to be rest assured to mainly create a pure environment via spring water and have more options like CBD water and more. The message behind the water is to “Creating The Equality”, to send a positive message. Even if you buy one and don’t want to drink it, just put in your room and walk pass it everyday. That’s just definitely the goal and message behind the water. 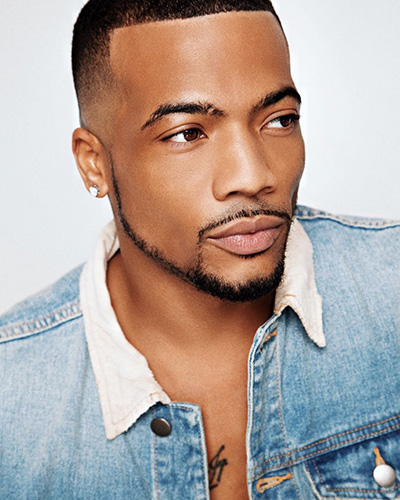 Is there any information that you would like to share with us that was not previously asked?

I have a few fun facts about me, I used to play college football and also had offers to play basketball, played them my whole life. I used to be in the band, chorus, and step team. Also, I can draw a little bit.

You can expect more short films, commercials and more content. I was just recently in a BET movie, Twas the Chaos Before Christmas, with Sherri Shepherd and Affion Crockett, so hopefully you can expect us again this year. Also, hopefully with all the craziness going on, you can expect a Part 2 of Atlanta, Season 2, this year or next.

I am going to keep working and putting out content. May have some new water items, glass water bottles “Glass Water”!