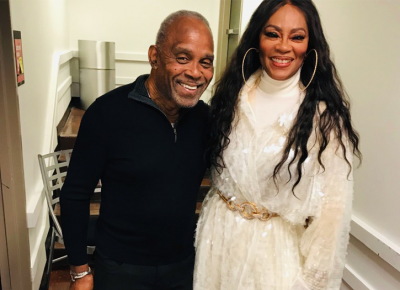 The “Winter White Party” concert presented by Smooth R&B 105.7 Radio included Jody Watley, the Grammy-winning trendsetting pioneer in music, video, fashion and style, legendary beloved R&B/Soul group, Maze featuring Frankie Beverly, and The Isley Brothers, whose career spans over eight decades and one of the “longest, most influential, and most diverse careers in the pantheon of popular music.”

On her Instagram page, Jody Watley posted shout-outs to two of her all-time favorite artists, The Isley Brothers and Maze featuring Frankie Beverly.

“I got my whole life being able to watch their show both nights and sing along like everyone else and be a total fan after finishing my own show.”

All photos and images courtesy of Jody Watley