For Northwell Health’s “Side By Side” music series, Grammy-winning singer/songwriter John Legend will headline on May 29 with Jason Derulo as the opener. 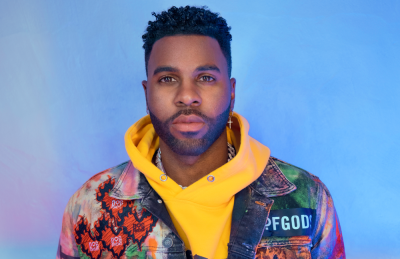 Fleet Week returns to New York City for the first time in two years during the Memorial Day weekend. Northwell Health’s “Side By Side” music series will conclude with a performance by Legend, the series’ fourth installment, and its first from the new UBS Arena in Belmont Park. Northwell Health’s “Side By Side: A Celebration of Service” platform was first unveiled over Memorial Day weekend in 2019 to commemorate veterans and active military members while also uniting the general public in raising donations and providing support services for the military. Imagine Dragons, Katy Perry, Boyz II Men, and Gavin DeGraw have all performed at the celebration service during previous years. 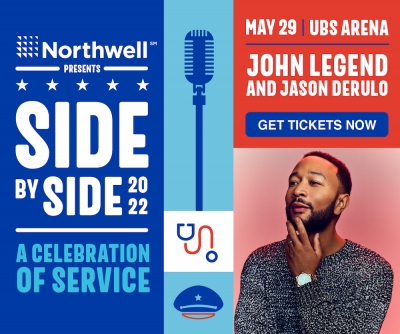 “We are so excited to host this fun-filled event with a live audience both in the streets of New York City and on the stage of UBS Arena with John Legend and Jason Derulo,” said Juan Serrano, vice president of the health system’s Military Liaison Services and US Marine veteran. “This is a two-day celebration of our country’s military service members, but it also signifies Northwell’s commitment to our veterans for the other 363 days of the year. We will always stand by our heroes in uniform and their families. We owe them our full support and a debt of gratitude.”

On May 28, Northwell Health will host a free Block Party in the center of New York City to honor active-duty troops, veterans, and their families. Alfonso Ribeiro will serve as host and Questlove will make a special appearance among others. Stay tuned in May for more information about the Block Party.