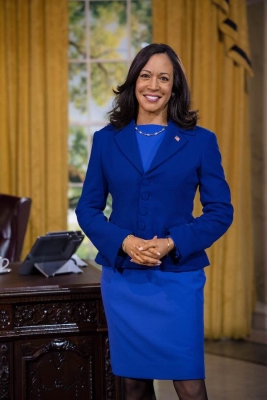 Her figure stands near Joe Biden in purple garb, similar to her inauguration look. The wax VP sports a shorter coat customized by the same designer as the original, Christopher John Rogers. Her jewelry, a near replica, includes a beautiful set of pearls – showing love to her Alpha Kappa Alpha, Inc. roots. 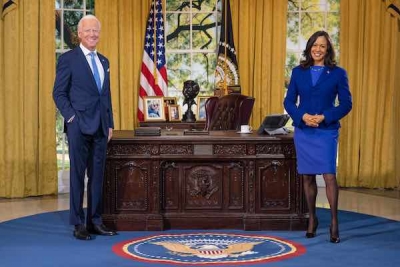 While the duo was not present for the creating process, sculptors, designers and other artists used hundreds of films and photos to perfect their figures. The brand new creations took approximately six months to make.

Photos of figures are courtesy of Madame Tussauds