With over 19 years of experience in the world of digital entertainment, Ken Gibbs Jr. has not only been the mastermind behind many cultural engagements but he has proven that his skill and craft is truly exceptional. We sat down for an exclusive interview with Gibbs to obtain his best advice, his journey to success, and much more!

How would you describe your journey to success thus far?

I’d say it’s been amazing. It’s been somewhat of a never-ending story, as limitless as the internet. I’ve just had a wealth of experiences and opportunities that I would have never imagined. I think a lot of people believe that New York is a cold, unforgiving city but when I came to New York (nearly 15 years ago), it wasn’t the case. I felt as though when I approached people in the music industry with my crazy ideas in the digital space, people were open to the idea. People were open to the idea but they also understood that they had to be open to learn. For me, I hit the city with tons of hope. I’d like to say that obviously the journey isn’t done yet but everyone was welcoming to those ideas and really helped push me forward on my journey. 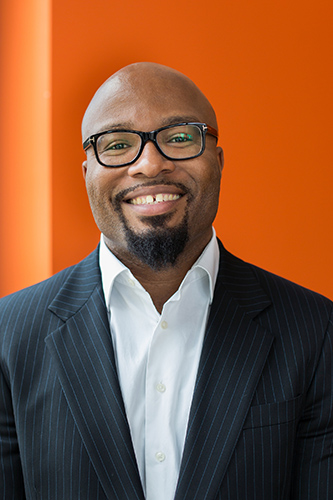 You had to overcome many obstacles in order to get to where you are today as the Vice President of Digital Video and Social Content at BET. What advice would you offer our readers?

I’d say never give up. At many points in your journey, you’ll get hit with moments that may be daunting. You’ll encounter problems that you don’t relatively have an answer for but the fact that you’re in that challenge alone and recognizing it as a challenge, that’s helping you right there! That’s building that grit. Grit is what it takes all of us to survive out of adolescence. I’d say never give up, focus, and all the trials and tribulations along the journey is going to make you the person that is going to be ready to take the leadership position in the end.

What must people interested in getting into digital entertainment know?

First, know the basics of all social media platforms. It’s not enough that you just use them, you need to understand the opportunities for business across them all. Know why and how certain ones would be better for certain businesses.

Two, you have to immerse yourself in every platform regardless of your personal preference. This is about the business aspect of social media and not the social aspect of it. For your business, there may be a platform like YouTube that makes complete sense because you’re putting out longer content that was made for a leaned back environment as opposed to a 15 second content that should be in an Instagram story so people can swipe up and go to a larger destination that you have built.

Third, go beyond your comfort zone when researching. You have to think, it’s the worldwide web.

Lastly, understand the intricacies between paid and organic strategies. Your goal should inform with which one of those that you lean heavily into. You might have talent that makes an organic strategy that makes the most sense. You have to understand the intricacies of both because there also might be something within your content that won’t allow you to use it in a paid strategy.

You’ve accomplished so much thus far. What is next on the list of goals for Ken Gibbs Jr.?

Doing more to bring digital to the experiential space. Our careers in digital began on web pages and the phone helped it go beyond that. In entertainment it’s all about streaming more. This will create a whole new playing field for entertainment experiences that are created not only by artists but also brands and partnerships. I’ll also be doing more in the area of diversity in the startup space, taking up an advisory role on the board of Cambio, an end to end solution meant to help businesses that are serious about building diverse teams.