Leora Byrd’s Journey to her Queendom

The hair business has a lot of talented stylists. Some become discouraged to even want to get into the hair business due to the amount of completion there is out there; however, that’s not Queen Leora. Queen is a 23-year-old from Birmingham, AL, who has dominated TikTok. Queen Leora already had a name for herself, but she took off with her TikTok videos. Once her videos became viral, everyone could relate to the lingo and well-known introductory line that distinguishes Queen Leora from everyone else. We had the pleasure of sitting down with Queen to see how she got started and some possible obstacles that were in her way.

What has been difficult about your journey so far?

Staying focused and continuing to create FRESH content. Juggling everything, responding to people, and pleasing everyone. Queen explains that not spending your money but investing your money is the better option. With hair, you can do so much and branch out with other money avenues. So Queen Leora would sit down and ask herself, “how can I be different?” One thing that is difficult about her journey so far is, staying focused and having time management. However, when it comes to customer service, she is never worried about that. Queen explains that treating people how you want to be treated is how you should be towards everyone. If there is something that a customer doesn’t like about their services, Queen is always willing to figure something out. She also believes that being on point with your craft is key to success.

When did you realize that the average 9-5 wasn’t for you?

Queen Leora tells the story of when she had to wake up at 4 am for work and someone at the job said something about her attitude. At that moment, Queen felt differently and quit her job.

When she got paid, she noticed the money wasn’t enough and started thinking about how she could get more. Queen wanted to be in control of her money and ended up going to cosmetology school. Queen would always keep hair done but surprisingly was never interested in doing it. What caught her attention was the salon vibes and how they made her feel. She felt like all the stylists were bomb women, and that’s all she needed. Originally, Queen went to Clark Atlanta

to get a business license to own a salon. Instead, she ended up going to school to be a stylist to relate to her future workers. While being a student, Queen decided to drop out. She packed all of her dorm room things and didn’t think twice. She was so determined Queen left during a snowstorm and never looked back.

Who was Queen in the past, and who is Queen now?

“The same exact person LITERALLY just has more attention and money,” Queen told SHEEN that her mother is naturally funny but very shy about it. She would watch her mom as a little girl and follow in her footsteps. Queen is very sensitive and believes in being respectful to others. She can read the room very well. She is also open and doesn’t like to judge.

When was a time you were frustrated with your business and wanted to give up?

“I faced some criticism from clients, and it made me question my goal, but I had a conversation with my mom that pushed me,” Queen explained that she had to talk herself out of quoting hair completely. An old client didn’t fully explain her true feelings about a style and went to get her hair done immediately after. The post on IG with hurtful shade is what hurt Queen.

She bounced back and became one of the most well-liked stylists there is! 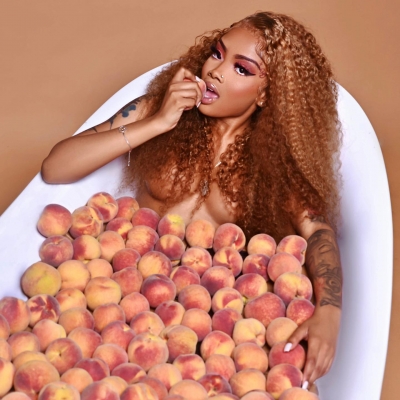 What is the ultimate goal for Queen?

“I don’t know. It would be unfair to go cap or try to guess God’s plan for me, but I’m going to be very, very, very famous and rich and motivating many.” Queen opened up about never putting a label on her ultimate goal. She says she doesn’t know what God has planned for her. She just knows it will be good. Queen Leora is a stern believer in moving in silence.

What advice can you give your queens following their dreams?

“Never stop! How do you know how great you truly are if you never attempt greatness?”

ET, the Preacher of Hip- Hop, is a motivational speaker that she would listen to on the regular. She informs her queens to stay consistent. “I know I got a reservation. When you have dinner reservations, you have to get ready, right?” The outgoing Virgo loves meeting her fans and interacting with them. So much more is in store for the Queen, and we will be watching.