Day N Vegas, the 3-day festival took over the Las Vegas Festival Grounds this past weekend, November 11th to 13th. After an epic performance the evening prior, with Kendrick Lamar shutting down the main stage and bringing out Baby Keem for “Family Ties,” festival-goers were in high spirits returning back for the festivities.

The main attraction for the day had to be Doja Cat’s set, taking over the stage at 7:05pm in her sleek, all-nude outfit and bright pink hair. During a time where female artists are taking over the music industry, Doja Cat sits high on the throne, not only creating hit after hit but also remaining her true self. The only thing better than Doja’s music is her personality, and her talents excelled on the stage this evening. Highlights included “Kiss Me More” (featuring SZA), “Options,” “Juicy,” and of course, “Say So.” 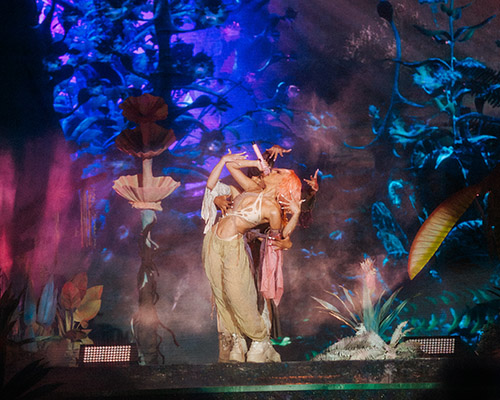 Next on the main stage was Lil Baby, who continues to bring his song “Sold Out Dates” to life anywhere he goes. Gracing the stage with chains on chains, we were immediately reminded of that time he brought out Nicki Minaj, Chris Brown, and Roddy Ricch at Staples Center. This time, he had a big gold chair to sit in, embodying the notion that he’s the king of the rap game. Spitting nothing but pure bars per usual, Baby blessed Vegas with hit songs “Drip Too Hard,” “All In,” “Whoa,” “Emotionally Scarred,” and “The Bigger Picture.”

Last but not least, Post Malone was the main attraction — a big deal since the originally headlining slot was given to Travis Scott. Given the recent tragedy that took place at Astroworld, Travis decided to respectfully cancel his set. While Post didn’t address the situation, he thanked the crowd profusely and let them know how appreciative he was for allowing him to perform so last minute. 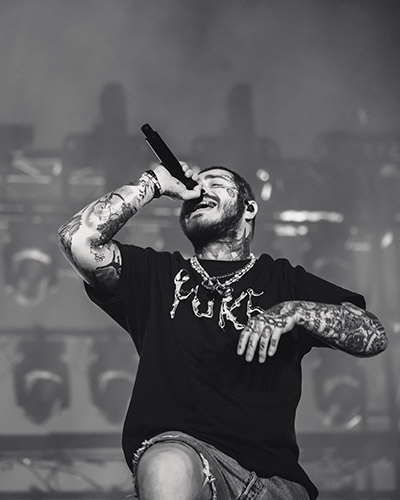