Living In the Subconscious with Essie Michelle

The only way to make it out is within. We spend majority of our time processing what others have an opinion on we forget ourselves in the end. Regaining the strength of being looked at as a Content Creator, Essie Michelle reveals the underlining of having a platformed viewed in the public eye. Leaving no doors unlocked welcomes courage for all she’s endured for the sake of her mental stability.

How did you begin your journey as a content creator?

I actually began in college, and it came out of a need to help my friends, and a bunch of people in college that would always ask me questions like, oh, how do you make a wig? Or how do you sell your hair X, Y, and Z, I was like, you know what, let me just make a YouTube channel so that I can just answer everyone’s questions in one. The biggest question too, was Where do you get your hair from? At the time, I was one of the first people on the ALI express wave, so I just decided to make a YouTube channel to answer all these questions, and then it started popping off from there.

I feel like for me, because people came to me about hair all the time, that’s what they wanted to see. But then as you grow on the platforms, and you grow as a person, you kind of don’t want to keep doing the same thing. I was tired of doing hair reviews, and it got boring. Then I was like, let me expand and do videos featuring my then boyfriend now husband, I saw the girls were loving him, let me just keep milking it and bringing him on even more.  So, as I evolved, I was growing, my content evolved as well. 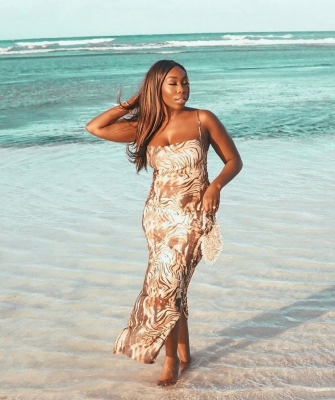 What were the goals you had beforehand going into this field?

My goals were honestly just to reach a lot of people and help people figure things out in the easiest way possible. When I started, I don’t even think you could have ads running on your videos until a year in. So, when I was doing it, it wasn’t even for money, it was to help people figure out how to do things and save money. Like I said, I was making my own wigs and making do with my own hair. I just wanted to help other girls figure that out.

What did you want to bring differently from other content creators?

I think for me, I thought other content creators were doing things perfectly. When I would watch Jackie Aina, she could really do makeup. Or Tiarra Monet, she’s honestly one of my inspirations. But I’m just gonna put this stuff together and hopefully it works. Hopefully other people can just piece it together the way I do work. My goal was showing people that they could make things look good but not have to be experts at it.

How has your career helped you as you continue to move forward?

You know, it’s really interesting. It’s helped me build my personal brand as a content creator and helped me elevate in terms of like, what brands I’ve been working with and partnered with. But then it also helped me in my professional realm, a lot of people don’t know I have a full-time job. What I was able to do is leverage YouTube and leverage my knowledge on the platform and be able to fulfill that need in some of these companies where they want to get into the YouTube game. I have been able to be that YouTube strategist. I actually work in tech now leading YouTube strategy for this tech company helping them grow their brand awareness and helping them generate clients and customers through the strategies that I implement. So, it’s really cool. I feel like it’s a twofold for me. 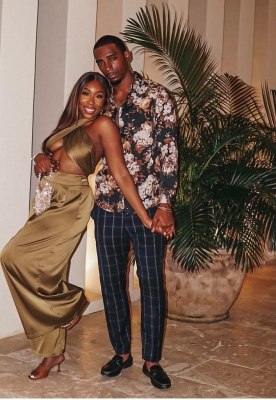 Who was your main target audience for each brand that you currently have?

For the personal, my main target audience would be girls that look like me, but also girls that are between the ages of 20 to 35 that are, still maybe coming up in their career, or trying to figure out exactly what to do in their career and love good healthy relationships. We’re not perfect, but we try to have fun with each other and show that on social media. I try to target that I guess, quote, unquote black love.

What would you say you have endured as a creative influencer?

Oh yeah! It’s hard. Oh my God, just being in the field, when it comes to how hard it is to get brand deals and get recognition. But also, people are mean, they say the meanest things to me on my YouTube videos. They will bring out some things about you like, flaws that you wouldn’t even know. It becomes an insecurity because they’re bringing it up, or they’ll make things up about you. I’ll be reading comments, and I’m like, what? Who said that? When did I ever say this? How did you even get this information? So that’s pretty tough. And then also, I think, the pay disparity between black creators and white creators we don’t really know how much everyone’s getting paid. Now, things are being put to light and we’re being paid what we’re close to what we’re worth, but I think that’s a big thing, too. 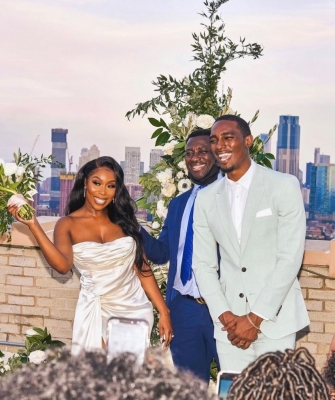 Were their times that you wanted transition to other fields?

I feel like I quit being a content creator so many times, people just don’t know. I feel that I’m so over it. Honestly, it’s a tough game, you have to be consistent. I don’t know if you even notice, but with my YouTube channel, I’ve never been consistent. I’m actually even surprised that I even got to where I am. Because I’ve never been on a consistent schedule. That’s my biggest flaw.

Would you say that your mental health has helped you elevate in such a diverse field?

That’s the biggest thing. I feel so bad for a lot of creators that have been put into this position that they didn’t necessarily ask to be in and then their mental health has suffered. Because I’ve actually learned so much about myself by being a content creator. I realized that I actually do have a pretty strong and healthy mental health that’s been able to get me to overcome a lot of the struggles that content creators face. But I’m not gonna I’m not lie, sometimes social media and being content creator does affect your mental health a lot.

What’s the one meaningful moment in your life that has helped you strive for greatness?

Well, I feel like I have so many meaningful moments that helped me strive for greatness. For me, it’s kind of always feeling like I didn’t fit in. I went to a predominantly white high school I didn’t fit in there. I was too white for the black girls, and I was too black for the white girls. I never found my place in high school. Eventually I was like, you know what, Eff all these people, I’m gonna blow the fuck up.