Living the American Dream with Artist and Entrepreneur, Oksana Kolesnikova

Inspirational, visionary, and a remarkable example of “The American Dream,” Oksana Kolesnikova is an internationally renowned artist, philanthropist, franchisor, and educator who also serves as the CEO of Oksana® Management Group, Inc., Oksana® Franchising International, Inc., and Oksana® Foundation. Her contributions to education and the arts haven’t gone unnoticed. She was presented with the Award of Excellence in Education at the 2020 pre-Grammy Awards party and was recently invited to join the Forbes Business Council. Join us as we talk about these honors and more in this Sheen Magazine exclusive.

Who is Oksana Kolesnikova?

Oksana fell in love with piano as a child and started lessons after her family moved from Siberia to Kazakhstan where she won numerous competitions. Her family emigrated to the United States and settled down in St. Petersburg, Florida where Oksana enrolled at St. Petersburg College and won the Florida State Young Artists Symposium Competition. She was awarded a scholarship to the School of Music at Florida State University and graduated with honors in 2001.

Combining her entrepreneurial spirit with her passion for performing, she booked piano performances across the country and became the first Russian American female pianist to entertain US troops overseas when she toured with the US Navy’s Morale, Welfare, and Recreation Department in 2003. She became a US citizen in 2006 and settled down in Beverly Hills, California where she was in-house pianist at The Polo Lounge in The Beverly Hills Hotel from 2006 to 2013.

Oksana entertained a long celebrity roster of who’s who in the entertainment world and was met with even more opportunities. She launched the Oksana® School of Music, which was awarded the 2014 Best of Beverly Hills Award, and has continued to expand her brand over the last decade. 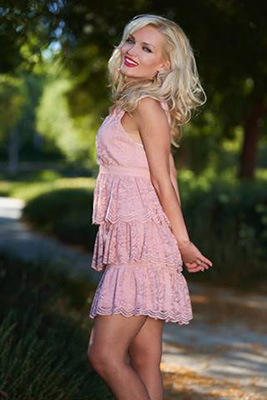 How do you define the art of music?

Those who create art are the people who have been given a gift like no other. The art of music evokes the emotional expression of a creator; an expression that resonates and is duplicated through the listener. The power of ‘musically-generated emotions’ is limitless—it can inspire us, make us sad or happy, keep us focused and intrigued, and so much more.

We rely on music for every activity in our lives. What would a film or party be without music or a background score? How do we feel when we hear patriotic, religious, or wedding music? Music holds the same level of importance throughout different cultures, countries, and historical periods, and it possesses a plethora of power to be both constructive and destructive, influencing people’s lives in many ways.

What inspired you about playing piano?

Growing up shy and introverted, the piano was my outlet to communicate with the world. While I was not the most popular kid in school, piano always helped me escape into a different world that I could sculpt to my liking. It was the world I had control over… almost an alternate reality. Every time I brought this realization to the outside world, I would get noticed. This, ultimately, became my voice and inner communication portal.

Tell us about your greatest accomplishments.

There are several accomplishments I’m proud of, but the most recent example is the launch of the Oksana® Foundation. This was a dream realized after years of working relentlessly to create a charitable organization to help underprivileged youth. I believe children are our future and, as such, we must teach them morals, civic duty, responsibility, and everything else that glues a society together. I am convinced that this begins at the educational level.

The Oksana® Management Group’s After-School Enrichment Programs, along with all the other premium services we offer, are just a peek into that window of change we hope will make a difference in the world.

Tell us more about Oksana® After-School Enrichment Classes and Programs.

I am the pioneer behind the brand, and I lend my name and face to it. The people who discover the brand are privy to knowing the identity and personality behind it, along with its rich history and track record of success and credibility.

The students of Oksana® Enrichment improve and enrich their lives by learning new skills including, but not limited to, music lessons (piano, guitar, vocals), foreign languages (Italian, Spanish, French), and K-12 academic tutoring. 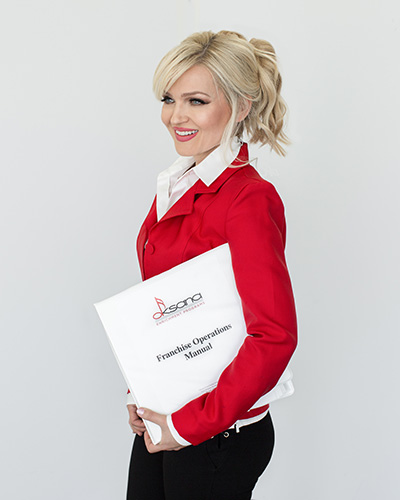 This is a national franchise operation that awards our franchises to entrepreneurs who want to be self-employed business owners in the exciting industry of private education.

The private education sector is a multi-billion-dollar industry. I realized through building Oksana® Management Group, Inc., that I could scale my business model and meet this demand. It took 10 years of hard work and trial and error to succeed and expand, but our franchisees reap the benefits. It’s a business of “intellectual knowledge” and we provide a proven formula and an affordable turnkey operation with in-house financing.

What advice would you give someone who wants to mirror your success?

Be your own boss. I’ll be there every step of the way by offering a premium franchise opportunity. The formula is clear with our franchises: When they succeed, we succeed.

To ensure success, we provide in-depth training and ongoing support. Our competitive advantage is that we get the franchisees’ feet in the door seamlessly with low initiation fees and royalties, and by assigning the largest projected territory.

What sense of purpose do you draw from your culture and community?

We moved to the US in the early 1990s when I was in my teens. Life was far from easy back home because the country endured massive economic turmoil. I felt truly blessed when we came to the US. I built my version of the American Dream on the fertile soil of this great nation by finding my purpose and living it every day while helping others.

Any final thoughts or encouraging words?

Never give up. Believe in yourself and your vision. When the going gets tough, don’t lose focus because there’s always sunshine at the end of the storm.

Oksana® has recorded eight CDs of original, classical and popular music and her own instructional video for students of piano. Her “Free Floating” CD won the 2010 Best Classical Album of the Year on SoloPiano.com.  She has collaborated with other international musical artists for recordings, and her original compositions have been chosen by international artists to record on their own CDs. “Oksanabella,” her YouTube channel featuring her performances, currently has nearly 3 million upload views from all over the world.