Born Khayri Gray in East Orange, New Jersey, King Kha began rapping when he was 14 years old. While growing up he lived in two worlds. His parents, Bradford and Jackqulyn Gray, tried to provide a safe-haven for him and his younger siblings. Outside of his home his bigger concern was living to see another day.

Avoiding the pitfalls and perils of urban life was difficult and at times impossible. Although his parents worked hard to keep King Kha on the right path, the gravitational pull of the street life was hard for him to resist. One day he found himself in the unenviable position of having to use extreme force to defend his own life. After he served his time he decided to dedicate his life to his music.

King Kha music idols are Tupac, Notorious B.I.G., Big L, and Eminem. He admired their wisdom and drive, but they also rapped about things King Kha can relate to. In their music, as his own music, King Kha found glimmers of hope. He found for himself that musing about the vicissitudes of urban life also made him think of better days. His music became an escape, an autobiography and a lesson for those willing to take heed. 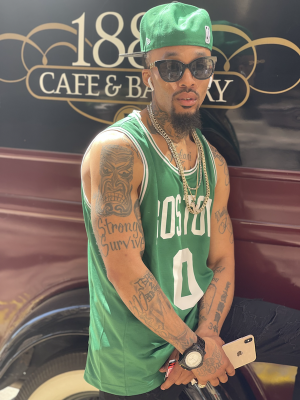 While listening to King Kha’s music a listener may have thoughts of Tupac and Notorious B.I.G. Other listeners may have thoughts of Kendrick Lamar, J-Cole and Macklemore, but he has developed his own style. He is an amazing lyricist with great timing. His music is engaging, Soul-infused, dance-evoking and sometimes social commentary.

King Kha has collaborated with artists from around the country. Among the many artists he has performed with, he has done collaborations with Freeway and Peddi Crack from Roc Nation, Jr. Writer from Dip Set, Hussein Fatal from the Outlaws, Treach from Naughty by Nature, and other various artists from around the world. He has performed in many shows in New Jersey, New York, and Atlanta. Also, he has opened up for Beanie Sigel, Fred da Godson, Styles P, and Doe B. He was also a finalist in a contest hosted by Shawn Pecas, Executive Vice President of Def Jam Records, where he stunned the audience with his lyrics and style.

King Kha has released several mixtapes, singles and videos, under his independent label 300 Block Music. You can find his music on all music platforms such as iTunes, Apple Music, Shazam, iHeart-Radio, Title, Spotify, and etc. He has several followers on Instagram, SoundCloud, and Twitter. He has a strong work ethic and is grinding hard to make the world familiar with his music and style. King Kha is an artist to look out for.