With the announcement of its 2022 inductees and a month-long campaign demonstrating their sustained dedication to economic development in the Black community, AT&T Dream in Black’s signature initiative, Black Future Makers, has returned. In its fourth year, this festival honors forward-thinking Black leaders, such as powerhouse singers John Legend and Kirk Franklin, who are defining culture, campaigning for equity, and paving the way for the next generation of Black achievers. AT&T is also casting a national spotlight on young artists and others throughout the month to help them achieve their wildest ambitions. 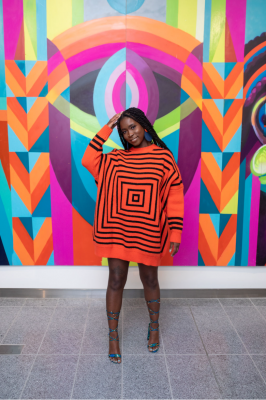 A free public art display featuring the visionary work of muralist and Black Future Maker Artist in Residence Georgie Nakima, which launched on February 1st at the AT&T Showcase in Dallas, is at the heart of the campaign. The efforts of others in the Black small business sector, such as LA-based visionary filmmakers Chris and Bevin Scholar and award-winning fashion entrepreneur Damien Lloyd, will also be showcased this month. In addition, AT&T will display the moving art in AT&T stores across the country. 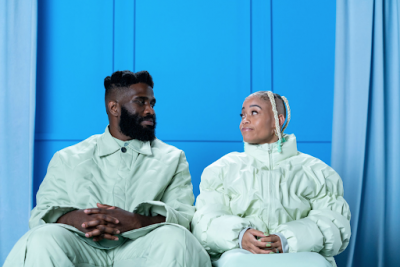 The 2022 awardees, including award-winning actress and novelist Meagan Good, musicians Tobe Nwigwe and VINCINT, and Youtuber Terrell Grice, are featured in video portraits inspired by Nakima’s art. AT&T has released and will continue to release inspirational static and video portraits of various people.

“The gravity of collaborating with AT&T as a Black Future Maker has been deeply humbling and empowering,” said Nakima. “As an artist, I’ve committed my career to championing and uplifting voices of the diaspora with colorful and restorative imagery. I’m incredibly grateful to AT&T for using its platform to continue bringing this work to light. It is an honor and dream to host this retrospective exhibit of my life’s work while celebrating the beauty and growth of our community and generation.”

His solo exhibition will be on display until March 31, 2022.