Born and raised in Plainfield, New Jersey R&B Artist Chanel was born with a natural love for music and art. At a very young age the singer began practicing the strength of her angelic vocals and has since been recognized as a top contender on the radar.Although the COVID-19 pandemic created a new atmosphere for the world Chanel took this as a personal challenge by using her vocals to spirituality l, mentally and physically recharge her fans. “Taking this time to better myself and music has helped me to evolve into a vessel of healing energy” Chanel stated.

Chanel was raised in a West Indian household and often fantasized about being a famous singer as a child. The Singer experienced her first studio session at the age of 3 and wrote her first song when she was 5 years old. Her drive and determination is directly connected to her Mother who raised Chanel and her brother solely and worked long tiresome hours in order to provide for her family.

With influences such as Mariah Carey, Aaliyah, Brandy, Whitney Houston, Michael Jackson, Janet Jackson, Toni Braxton, Beyoncé, Rihanna, Chris Brown, and Nicki Minaj; Chanel began to take her career to a new level. The singer introduced her vocal talent with a cover Video to “Stay” by Rihanna which skyrocketed 24,000 views in just a few hours. “I realize the power of my presence and m me focus on owning that power. Every day is not guaranteed and waiting around won’t get you far. I alway remember that my passed loved ones are looking over me gives me the emotional security I needed to take myself seriously”. Chanel said. 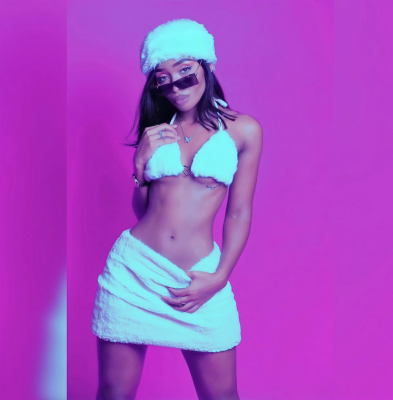 Referring to Chanel as an emerging artist would be an understatement; She is a creative. She loves spending her spare time writing and creating catchy Melodies and lyrics to beats. Chanel aims to create an pleasant vibe for those listening to her music. While receiving recognition for the new records she is breaking, Chanel strives to be a positive influence particularly to her younger fans. “ I want to give back to my community and reach my goals without losing myself along the way. I want to wake up every day loving what I do and loving who I am. “ Chanel said.

Although the R&B Singer initially struggled to finder her voice she never allowed her fear to become a deterrent. Chanel has spent countless hours in vocal training and writes at-least 4 songs a day. Her hard work and dedication created them opportunity to tour as an opening act for “Danity Kane and collaborate on songs with Chinese Kitty and Dave East. “It is important to consistently work on your craft so you can be ready when your time comes”. Chanel said.

Chanel is extremely grateful for the love, respect and encouragement that she has received from her fans. Using her music as a beacon of light has helped the singer even ate if of a dark place of depression and it is her greatest aspiration that it will do the same for others. With Rhythms and lyrics made to mentally, physically and emotionally stimulate listeners are inspired to be the greatest version of themselves.