Born Cassandra Askew, Gena Heelz, went from the daughter of a well-respected Reverend in Memphis, TN to a thrilling performer that has graced stages all over the world. Gena is not only an actor, but she is an artist who has her own digital distribution and cable broadcasting show. Life In Entertainment is a brand that she has created from the ground up as her pride and joy.

She in fact entered the media community because she was anxious to emerge from the southern city and create a life of her own.

Channeling her religious upbringing, Heelz prayed for a career that would have allowed her to uplift the Black community and portray them in a way that would improve the way society has historically shown them. She wanted to be the change in American production outlets that she so desperately wanted to see as a child herself. As a child performer, she was privy to the way Black women were treated in entertainment and had to change her mindset to chase after the generational wealth she seeks. 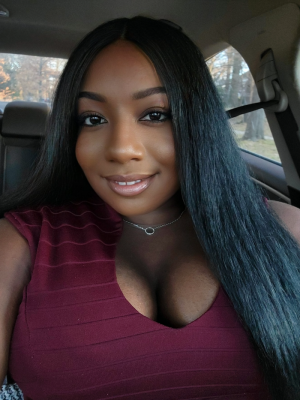 The pandemic made an impact on Gena’s business as she had to slow her pace as an actor and focus on rebranding. For her small business, she was able to increase networking and general word about her services. She has been able to connect with Shirley Murdock, Anthony Hamilton, Jimmy Jam & Terry Lewis, and more. Her dream interviews include Cathy Hughes during a one-on-one session and the Mansa Musa family. Gena finds that the deepest and most inspirational stories are the ones that need telling.

The best piece of advice she can give other entrepreneurs is to take care of their mental and physical health before starting their journey. She tells others to stay true to their values and never stop learning to reach the pinnacle of success. Life In Entertainment would not have gotten as far without the determination of Heelz. Remaining humble in a world of inflated egos has remained easy for her as she simply falls back into her faith. Dive deep into Life In Entertainment on its website, www.lifeinentertainment.com.