When it comes to the world of acting and filmmaking, there seems to be no limit to what the multi-talented writer/director/actress Nana Ghana can do. Making a name for herself both on camera as well as behind the scenes, Nana is a shining star that has been recognized by huge publications and those in the industry like Entertainment Weekly and People magazine. She is celebrated as a stand-out among fierce competition and was referred to as one of the “Ones to Watch” at the Sundance 2018 due to her co-starring role in White Rabbit.

We enjoyed chatting with Nana Ghana to see what she has been up to, learn more about her role in the new film Mighty Oak, and get the latest info on what exciting new projects she is working on this year.

Can you tell us a little bit about yourself?

I was born and raised in Ghana, West Africa, and migrated to America at the age of 13. I live and work as an Actress, director, and writer in Los Angeles. I believe in love and humanity.

Congratulations on being in Mighty Oak. What do you attribute to its success and what sort of person do you think is going to love the character of Alex?

I think Alex is a very relatable character. She speaks her mind and calls it like it is with a bit of sass. Alex lives her life the best way she knows how, while remaining loyal to her music and friends. 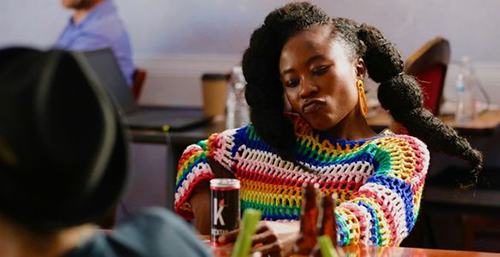 Alex is like me in a way that she is expressive with her creativity and likes to have a great time whenever possible. She is also direct yet playful.

What was it like working with Raven Symone and the other cast members?

The cast was a blast, from the first day shooting as soon as we stepped on stage, and we were immediately the band. 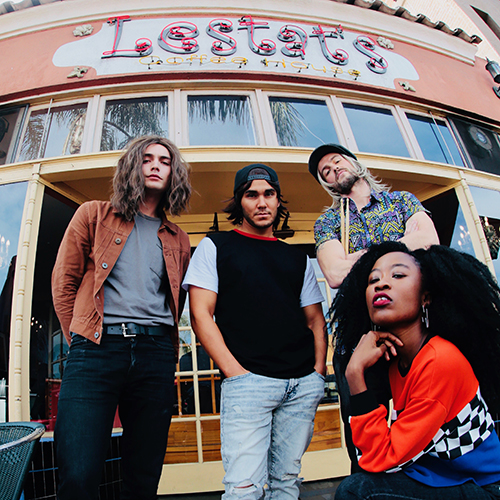 What was the biggest challenge for you with this role?

The biggest challenge was learning the bass in 3 weeks. I think I did good though!

How has the national pandemic impacted your career?

The pandemic has grounded me and allowed me to gain a deeper purpose for storytelling and my career.

My biggest influence right now is Michaela Coel. She is super brilliant!

What do you like to do in your spare time? Do you have any hobbies?

In my spare time, I love to swim or surf in the ocean. I love sleeping and resting.

What is one piece of advice you would give someone who wants to follow in your footsteps?

Know, trust, and love yourself.

What’s next? Any upcoming projects?

I made a Quarantine film–one I wrote, directed and starred in! 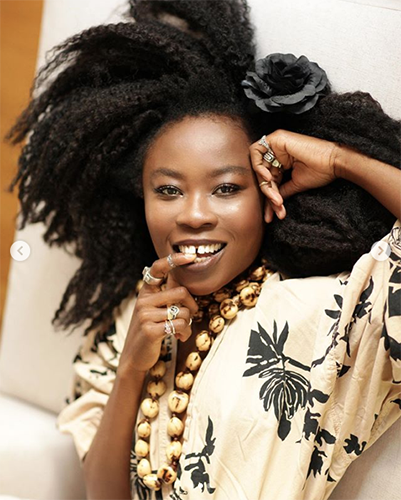 Stay Connected to Follow the Success of Nana Ghana on the Big Screen… and Making the Scenes Behind It!

From her recent acting role in the film Mighty Oaks to her work as a director in LA Woman Rising – to the film she made all on her own during quarantine – Nana Ghana is definitely living her best life in LA as a successful actor, director, and  writer. Be sure to stay connected to Nana via social media to follow the success of this talented, soulful woman who has so much to offer the world.