Welcome to Houston where the police be tipping on 44’s, where DJ is the unofficial Mayor Of Houston. Houston is a city of a lot of moving parts and big city dreams. Talameshia always thought about being on the big stage with some of her favorite performers Janet Jackson, Ciara, and Beyonce’; now her time is here and she’s gearing up to release her anticipated album not yet titled we had a chance to catch up with her and just vibe and get to know her a little bit more. 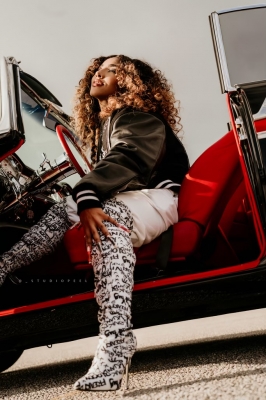 Talameshia is a creative entertainer from humble beginnings that feeds off beating the odds. She is me, I am her!

Being part of a girl group how was that especially being from HOUSTON home of Destiny’s Child?

I think at some point in our childhood we’ve all wanted to perform and make money with our friends. My moment just lasted longer than others and got me to be in the same building as the legendary Destiny’s Child. It made me feel like I was on the right path. Doing what I love music. 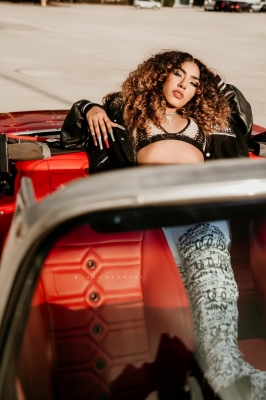 How was working with Mathew Knowles?

Honestly a roller coaster ride. I got it the hardest for being the only singer. One moment it was losing weight, I did! Then it was singing more, I did! Then it was sing less because he said I sound like his daughter. I did! But there was always a lesson and a challenge to overcome. I had full access to House of Dereon, so I had the freedom to record, dance, and workout whenever… and I did! 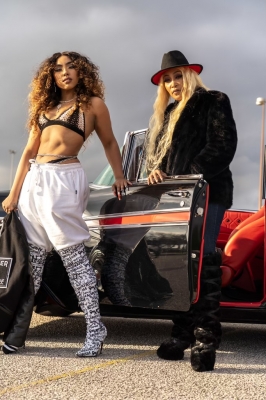 Your new single “Now U Know” is out how did this single become the 1st one to be released? And how did you get Houston’s HipHop legends to be in your 1st video along with the late great Pimp C’s wife Mrs. Chinara Butler?

“Now U Know” was created to let the world know what kind of singer they’d be getting out of me. A full voice singer with energy and attitude. Rappers aren’t the only ones that want to “talk they sh*t” … singers can be spicy too. BeatKing and I sat up for nights creating visuals. We knew it needed to be where I’m from. So, we chose Greenspoint mall where I was on a talent team called Blue Leaf productions as a kid. BK came up with having Pimp c wife since it’s never been done, and she supports what I’m doing. Then the other legends fell into place as well. I grew up with them, Bk knew them. So, he first let them hear the song just to see what they thought. And they all loved it. So, asking them to be in the video was a piece of cake. I’m sure it’s because of BK lol, but I was like a big kid again. Excited and grateful.