At the start of 2020, we were first introduced to 25-year-old Baltimore native, Meka Jones. Jones stepped out on faith and joined the tenth season of Lifetime’s Married at First Sight. We caught up with her earlier this year to discuss her experience on the show and now we’re circling back to see what it was like to have her story unfold on television.

How has it been watching your journey unfold this season on Married at First Sight?

Watching my story unfold has been bittersweet. There are a lot of things that I watched that made me very proud of how far I have come as a woman, but there were also moments that had the exact opposite effect. There were moments in the show that were very hard to watch, and the criticism online made those moments 10 times harder. Overall, I believe that I had to see all of my journey unfold, good and bad, to figure out my strengths and weaknesses. I had to experience everything that I’ve experienced in order to get me to the next phase in my life. 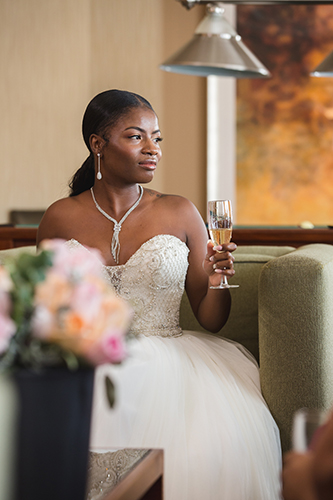 What do you believe this experience has taught you about yourself?

This experience has taught me so much about myself. I think the most important lesson is that the person that I prayed about being (confident, knowing my self worth, being happy with who I am inside and out, etc.) is the person that I am today. All of my self-reflection and lifestyle changes have paid off in that way. I learned how I can come off as having a hard exterior. I saw so many people calling me mean and aggressive, and while I don’t agree with those things, I can see how people would view me in that light. And that is something that I have been working hard at, just being softer overall. I also learned that I truly have more patience than I’ve ever given myself credit for. I was placed in one of the hardest situations I have ever been in, but I saw it through to the end which took every ounce of patience I had.

Were there moments on the show that were more difficult to experience once again?

There were a few moments on the show that were more difficult to experience once again. The first moment that comes to mind is the scene of Michael and I before the cooking class when I asked him what he needed from me in order to move forward. This scene was hard to watch because I knew it was the ugliest version of me. I knew that it was not an accurate representation of who I am as a person, and I was upset that I had allowed anyone to get me to that level of frustration. I am better than that. The other moment that was really hard to watch again was the scene where Michael and I exchanged finances. That scene was hard to watch because that was the exact moment that I realized Michael’s problem was beyond me and there was nothing I could do or say to make him be honest. It’s so hard watching myself be lied to and made out to look crazy when I question stories that don’t make sense. It was hard to see myself repeatedly go through the same issue because I know if we weren’t married, I would not have tolerated it. That’s the whole premise of MAFS – to see if the highest commitment is made, if we will pull through rather than vacate the relationship like you would if you were just casually dating. 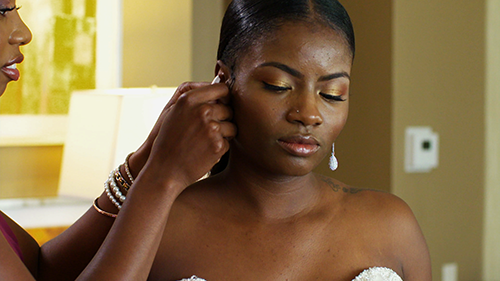 In the future, you can expect to see a more relaxed side of me. The side of me that can let my guard down and just have fun because I am not in a situation that prohibits that. You will also see the growth within me. I took a lot of time after cameras went away to work on myself and figure out how to be a better person. I still am working on myself, but even in just a few months I’ve come a long way so all positive things from my side!

Be sure to tune into Married at First Sight airs at 8 PM EST on Lifetime.