Just after the release of her head bobbin’ single, #AnxiousAF, Mia Ariannaa is back at it with a brand new single! Recently, the recording artist released the music video for her single, “STMFU,” and its only gotten us more excited for her upcoming album, slated to release this year! Ahead of the album’s release, we wanted to sit down to speak to the creative about her time during the ongoing pandemic, what she’s currently working on, and more!

Tell us what inspired the visual for your music video for “STMFU.”

Definitely Kill Bill. The movie inspired the whole video’s theme and visuals. STMFU means using another weapon, such as a gun but we wanted to do something else to represent it. Rico was actually watching the movie on a plane. That’s how he came up with the whole visual. That’s what we were inspired by.

Can you tell us what we can expect to hear from your upcoming album, slated to release this year? 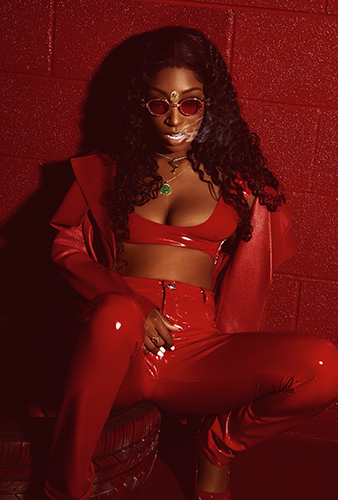 How has it been being a creative during this time of the ongoing pandemic?

When the pandemic first started, it was super hard. Everything was shut down so I couldn’t travel. I did shoot “What Was I Thinking” during the pandemic, actually. It was a quick, fun video. The pandemic pushed a lot of things back. I definitely expected to drop my EP way sooner. Everything happens for a reason and I loved how it turned out. It was hard not being able to travel. I posted freestyles everyday, but I was growing frustrated because I was in the house. I didn’t have much to talk about. I was over the freestyles. It was very hard. I was getting stressed out. As soon as I was ready to drop it, the pandemic hit. I had to wait months. It was hard but we got it together. Rico did an amazing job, he had us working. We shot everything that I’m dropping during the pandemic.

Well, I’m pushing my EP that I just dropped. Rico and I almost have 100 songs that have been recorded in the span of two months. We have so much music to drop. Now, we’re creating visuals and another music video will be released soon. We’re promoting the songs but of course, you can expect more EPs, more albums, visuals, and much more. 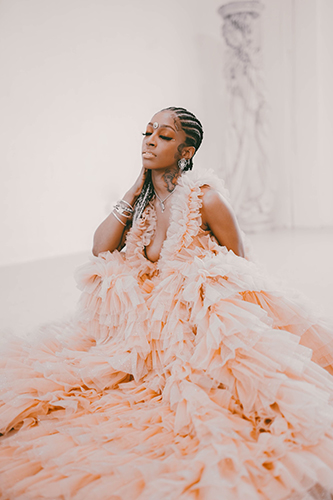